We now have a forum on this domain which is completely unassociated with Facebook. Join up for help, advice and support! Ask questions - get answers!

The National Cancer Institute estimates there will be about 42,220 new cases and 30,200 deaths related to liver cancer in the United States in 2018, numbers that have been insidiously rising over the past 2 decades (figure 1).1,2 Liver cancer is more common in men than in women (figure 22), and represents the fifth and ninth most common cancer, respectively, by gender, according to the World Health Organization.2,3

Two major classifications of hepatic malignancies are hepatocellular carcinoma (HCC) and intrahepatic cholangiocarcinoma.1 HCC originates from hepatocytes and excludes metastatic hepatic tumors. There are several risk factors implicated in the development of HCC, such as alcoholic liver disease, nonalcoholic fatty liver disease, and viral hepatitis. Most HCC cases are linked to hepatic cirrhosis. However, malignancy may also arise from elements unrelated to cirrhosis, such as hereditary hepatic diseases (figure 31,4).1,4,5

Chronic liver damage induced by the previously mentioned factors contributes to hepatic inflammation, oxidative stress, and, ultimately, the genetic mutations leading to tumor growth.6,7 The American Association for the Study of Liver Diseases published updated practice guidelines in 2018 regarding the diagnosis, staging, and management of HCC. The guidelines address patients with cirrhosis and make recommendations based on Child-Turcotte-Pugh classifications (table).9 Because of improved overall survival (OS), surveillance is recommended for adults with cirrhosis via ultrasound with or without alpha-fetoprotein every 6 months.4,9 When HCC is suspected, multiphasic computed tomography or multiphasic magnetic resonance imaging should be used for diagnosis.9

HCC treatment is often influenced by the burden of disease at diagnosis. Although earlier stages may be managed with curative strategies, such as radiofrequency ablation or resection, patients with advanced disease may be limited to palliative therapies.9,10 The guidelines recommend against adjuvant therapy after successful radioablation or resection.9
Until very recently, just 1 pharmaceutical option, sorafenib (Nexavar), was proven superior to placebo for patients with unresectable HCC.4 Sorafenib inhibits several intracellular and cell-surface kinases, halting angiogenesis and tumor growth.11 Evidence from the Asia-Pacific trial and the SHARP trial demonstrate the improved OS of patients treated with sorafenib versus placebo in the treatment of unresectable HCC with macrovascular invasion and/or extrahepatic disease. However, in clinical practice, some patients experience disease progression despite treatment with sorafenib.12,13 The undoubtedly grim outcome for patients with advanced disease, especially in the setting of primary therapy failure, is a resounding call for novel treatment strategies.

Strides have been made in the treatment of unresectable HCC over the past 2 years. In December 2016, results were published from the RESORCE trial, which examined the use of regorafenib (Stivarga) in patients who experienced HCC progression while on sorafenib. In this double-blind, placebo-controlled, phase 3 trial, 567 patients with CTP Class A cirrhosis who were not candidates for curative therapy and who demonstrated radiologic progression of tumors while on sorafenib were enrolled. The authors concluded that regorafenib improves OS in patients who fail initial therapy with sorafenib.14
Since RESORCE, research has suggested many other medications may be effective and safe for use in patients with HCC who experience disease progression on sorafenib, including nivolumab (Opdivo),15 pembrolizumab (Keytruda),16 and cabozatinib (Cabometyx).17

In March 2018, the REFLECT trial findings were published. This trial investigated the use of lenvatinib (Lenvima) monotherapy versus sorafenib for first-line treatment of HCC. In this international, open-label, randomized, phase 3 trial, 954 patients with CTP Class A cirrhosis and unresectable HCC were enrolled. Results demonstrated that lenvatinib monotherapy is noninferior to sorafenib as first-line treatment of HCC.18 Since the publication of REFLECT, the use of lenvatinib in combination with pembrolizumab, an anti–PD-1 monoclonal antibody, has been investigated in a phase 1b trial. The authors noted promising results regarding safety and exploratory endpoints, such as survival, with this drug combination.19

Finally, in July 2018, the FDA granted a breakthrough designation to bevacizumab plus atezolizumab (Tecentriq) as a first-line treatment for advanced or metastatic HCC based on unpublished data from a phase 1b clinical trial.20

HCC has traditionally been refractory to medical, radiological, and surgical management. Since the advent of sorafenib and a succession of promising targeted biologic chemotherapy agents, a window of hope is opening for more successful pharmacological options in the treatment of HCC. As with most milestones in medicine, we often build upon our previous successes, thus providing a promising path to the future. 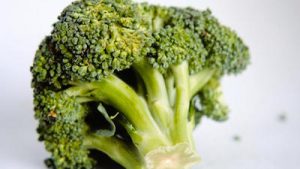 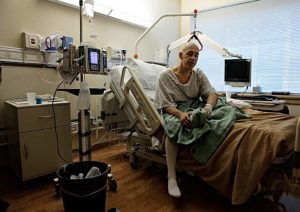 Texas has the highest rates of Hispanics with liver cancer 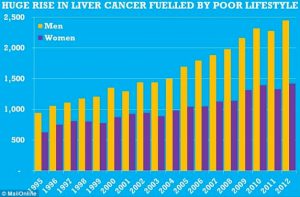 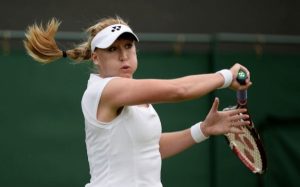 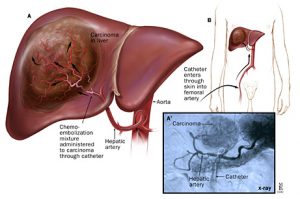 What is hepatocellular carcinoma? 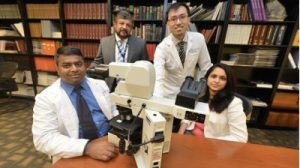 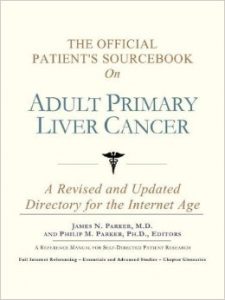 What Is Adult primary liver cancer? 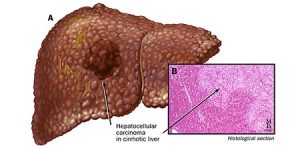 Tumors of the Liver and Biliary System 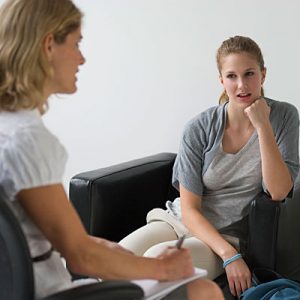