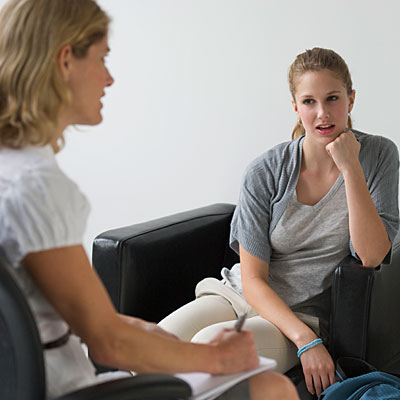 SAN FRANCISCO – Both sorafenib and transcatheter arterial chemoembolization/radiofrequency ablation can extend the lives of patients with infiltrative hepatocellular carcinoma, according to a retrospective review of 155 patients.

The radiologic-based therapy gave patients a median of 3 additional months of life; sorafenib (Nexavar) gave them a median of 4.5 months. The difference between treatments was not statistically significant.

Little research has been done on infiltrative hepatocellular carcinoma (HCC), including whether it responds to treatment. “Often patients are deemed not to be treatment candidates. I think we’ve shown that if you treat these patients, they have a significantly lengthened life. It’s not a huge difference, but it can be decent,” said lead investigator Dr. Neil Mehta, a gastroenterology fellow at the University of California, San Francisco.

Perhaps 10% of hepatocellular carcinomas are infiltrative; these tumors are usually larger, with poor definition and vascular invasion.

Just 30% of the 155 patients were treated for their tumors, including the 22 treated with transcatheter arterial chemoembolization/radiofrequency ablation (TACE/RFA) and the 11 treated with sorafenib.

These low treatment rates are not unusual. Patients might be too sick, or may opt out of treatment, Dr. Mehta said. Sometimes it’s thought that the tumor won’t respond, he added.

“Tumor-directed therapy confers a significant survival benefit even after adjusting for factors that may affect treatment eligibility,” the researchers concluded. Treatment approaches in the study included liver resection, transplant, and other chemotherapy regimens.

Besides lack of treatment, predictors of death within 6 months were advanced liver disease (Child-Pugh class B or C), alpha-fetoprotein greater than 1,000 ng/mL, large tumor size, and female gender.

Patients ranged in age from 22 to 89 years, and almost 80% were men. Seventy-one percent had stage C disease in the BCLC (Barcelona Clinic Liver Cancer) classification system, whereas 23% had stage D disease, and the rest had stage A or B.

The baseline median alpha-fetoprotein was 347 ng/mL and the median MELD (Model for End-Stage Liver Disease) score was 13. The median maximal tumor diameter was 11.9 cm; 48% of patients had extrahepatic metastases, and 26% had biliary dilation. Hepatitis C was thought to be the cause of liver disease in well over half of patients, followed by hepatitis B, alcoholism, and fatty liver disease.

Posted in Liver Cancer and tagged cancer, carcinoma, hcc, liver cancer
← The Ten Commandments for Cancer SurvivalTumors of the Liver and Biliary System →