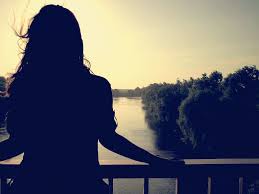 The usual chaotic kind of few weeks.
Husband has been feeling the pressure of living life with….well me, I guess.

I think since going on the waiting list the reality has hit home that things are getting serious. He likes to be the provider and protector.

Unfortunately his job is unstable and is constantly in fear of redundancy. He also feels little control over our journey to transplant. The stress of it all is clearly getting to him. I can see the physical and emotional signs that life is too much and something needs to change. Ive felt such a responsibility for how he feels and have been so desperate to find what it could be that could help him. We have always bounced off each other, taking it in turns to be there for the other.

Liver clinic last week, pretty much the same, still waiting.
When I first went on the list I made  effort to make sure I had a phone close to hand  but as time went by I got lazy, not worrying if I forgot it when I went out for 10 minutes but blimey, since that first call I feel on edge.

I find every night I daren’t go to sleep because the phone might ring.
Well that brings me to recent days:

I have been so affected by the itch that sleep and anticipation of getting that call  is a distant memory.

The itch has left me with some open wounds, some appear as open ulcers making it painful to walk, even my face looks rashy. I don’t think I have lost weight but I somehow look thinner.

This last week I have felt off beat, run down and just wrong. My husband called the doctors to say he thought I needed to be seen, discussion followed around admitting me either to hospital or to some sort if respite whilst they sort out my skin and sleep deprivation. They diagnosed a skin infection and prescribed cream to help stop the infection and advised paracetamol to lower my temperature. I’m booked in to see the nurse to have the ulcers dressed.

My husband seemed much happier at having taken back some control and organising medical intervention.

The young doctor that came out to see me was lovely but wow did she nearly get a verbal beating when she began asking if I had tried any sudocrem (over the counter antiseptic cream often used on babies for nappy rash) through gritted teeth I told her the itch was well beyond nappy cream!!

I’ve taken stock of things and have told the doctor I don’t intend on being admitted anywhere.

My husband has made a big effort on helping more at home, he has always been pretty good at pulling his weight but now he is seeing it as part of his role to help organise the children for school and, after discussing with his boss, starts a few minutes later a couple of days a week so I can take my atarax to help me sleep without worrying on the effects of driving the next day. He feels he has some control over the situation, I’m sure neither of us do really but he described it as feeling some self worth, he could help me.

He still has to work out of area and stop over night once or twice a week but that’s his job. Should the call come then I will just get a taxi and he would meet me at hospital when he could.

On the 13th May is the anniversary of a second child, Eleanor’s birth and death. We have always spent time together on our own reminiscing over the days around Eleanor’s birth, holding and sleeping with her then carrying her to the mortuary. This year he has to work out of area. Devastated isn’t strong enough, but we’ve found a way, I’m going to go with him.

Even the highest and hardest of hurdles can be over come, its team work, communication, love and compassion with a little bit of humour that gets us there.