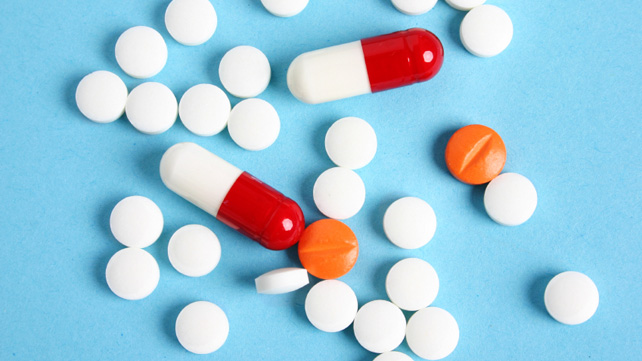 Another pharmaceutical company appears headed to market with a drug that cures hepatitis C genotype 1, without interferon and ribavirin, in just 12 weeks.

Research published today in The Journal of the American Medical Association (JAMA) showed a combination of Bristol-Myers Squibb drugs daclatasvir, asunaprevir, and beclabuvir cured hepatitis C in 93 percent of 112 study participants with cirrhosis who had not previously been treated.

The drug combination also eliminated the hepatitis virus in 87 percent of 90 participants who had treatment in the past that didn’t work. When ribavirin was added, the success rate climbed to 93 percent.

Only nine participants suffered serious side effects from the new drug combination.

The trial was conducted between December 2013 and September 2014 at nearly 50 sites across the United States, Canada, France, and Australia. It did not include a placebo group.

None of the drugs used are approved by the U.S. Food and Drug Administration (FDA), but daclatasvir currently is under review.

The research was conducted by doctors and scientists at Duke University and funded by Bristol-Myers Squibb. Lead investigator Dr. Andrew Muir also received funding and personal fees from AbbVie, Achillion, Bristol-Myers Squibb, Gilead, and Merck. As well as personal fees from Theravance Biopharma, and grant funding from Roche outside of work submitted for the JAMA articles.

Hepatitis C is a chronic blood-borne infection that attacks the liver, eventually causing cirrhosis, liver cancer, and even death if not treated. It can remain in the body for decades before showing symptoms.

Not discovered until the 1980s, the U.S. Centers for Disease Control and Prevention (CDC) believes 3.2 million people in the United States could be infected. Many of them are baby boomers who acquired the disease via blood transfusions in hospital settings or in the military.

Two weeks ago a clinical trial showing success with a new drug by Merck was published in Annals of Internal Medicine. The drug was effective when used in combination with Gilead’s Sovaldi, the first new generation drug used to cure hepatitis C.

Sovaldi has dominated headlines not only for its ability to cure hepatitis C with few side effects but also for its $84,000 price tag.

Before the new protease inhibitor and antiviral medications, hepatitis C drugs had to be used along with interferon and ribavirin. These medications caused side effects so severe many people could not tolerate treatment. Others had to have liver transplants costing well in excess of the $84,000 12-week price tag of Sovaldi or the $94,000 treatment cost of Harvoni, also made by Gilead.

What people living with hepatitis C most want to know is whether obtaining treatment will become easier as new drugs bring competition to the market. Many people with hepatitis C are incarcerated or rely on government-funded medical programs for care. These marginalized people, including veterans receiving care from Veterans Affairs hospitals, sometimes have difficulty obtaining the medications.

Will Marginalized Get Treatment Before Sickness?

In an email interview with Healthline, Muir said he does not know how quickly his research could translate into price reductions and access to medications for lower income patients.

“I would agree that we would want to treat all patients if we could, and I would want to be treated if I had an HCV infection. These medicines are expensive, and that’s why they are difficult to obtain,” he said.

As commercials touting the expensive new regimens flood prime-time airwaves, more than 130 people in Indiana have been infected with HIV due to sharing needles as part of an opiate epidemic in a tiny part of the Bible Belt state. Some also are infected with hepatitis C, although exact numbers are not available.

“As we learn more about outbreaks, we will want to treat people as soon as they are identified,” Muir told Healthline. “We need more research to understand how long people need treatment when we learn they have a recent infection. This question may also be about treating when there is less damage to the liver compared to waiting until the patient has reached cirrhosis. Research studies are currently examining this question to understand the benefits of treating people with this early stage disease.”

As it is now, most people cannot be approved for treatment until the disease takes hold and begins to do significant damage.