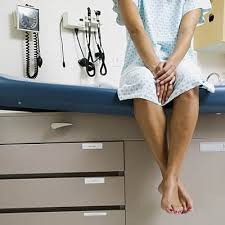 Yesterday I had an ultra sound, don’t know the results although I felt a vibe that something wasn’t sitting right with the  gentleman who was scanning me. He was hesitant at times at one point switched the machine off and put the lights on then changed his mind and scanned again.

Different day, different hospital. Arrived in Oxfordshire last night in preparation for an appointment in London. The B and B is perfect to me, its a rural working farm which is bursting with British quirkiness. Felt very relaxed after a quick call home to check on the children. Over indulged on all the home bred and grown food. So much so that I spent the night locked in the bathroom reminding myself that I really can’t eat calorific food, especially rhubarb crumble with custard!

Quite a contrast as we hit the city today, feeling out of sorts and hating the claustrophobic feelings cities give me.

Today’s appointment was to see if I could be considered for M.A.R.S. treatment to ease the itch which continues to dominate my life. Feeling very tired and bloated as I arrive. Husband dropped me at the door whilst he tried to park.

After some discussion with the consultant it was decided that M.A.R.S treatment had to go on hold as the member of staff is on maternity leave so he offered me plasmapheris, similar to M.A.R.S and can start on Monday, Monday!!! Oh my, admitted in a unfamiliar city, away from family and friends for about 5  days fills me with dread. Consultant reassured me that should the call come through for a transplant he would ensure I was blue lighted back to the transplant hospital.

I wandered down to get bloods done feeling drained. The staff ushered me past the huge queue, whispering how they could see I was unwell, I caught site of myself in a mirror and hardly recognized myself…a haggard minion looked back, urgh! Nurse took bloods and became concerned that I had a fever, started quizzing me on who I had seen what department was I from, who was collecting me. She gave me some water and I thanked her for her kindness and made a run for it, don’t fancy being admitted before treatment starts!  Back in the car now, trying to get my head round the logistics of spending the best part of the week in hospital.

Posted in In The News, Sue's Blog
← Why DO middle class women drink so much?If I'm Cured of Hepatitis C, When Is It Safe to Drink Again? →