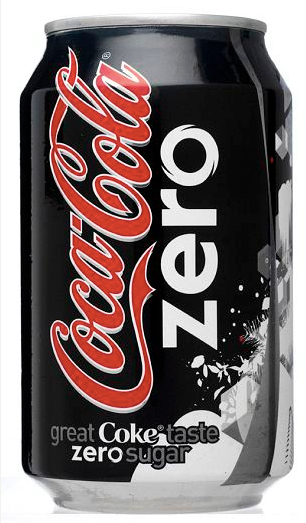 Coca-Cola has come under fire over a £20million anti-obesity campaign it is running in 70 parks this summer.

Thousands of families will be urged to take part in free sports sessions such as tennis, rounders and Zumba from Friday as part of the Coca-Cola Zero ParkLives.

But nutrition campaigners claim it is an ‘obscene’ attempt to distract attention from the company’s part in fuelling Britain’s obesity epidemic. Launch: Wayne and Coleen Rooney pose together to promote Coke Zero in this 2006 advert

Earlier this month, public health officials warned that children are consuming around 40 per cent more sugar than is recommended.

Public Health England said soft drinks were the chief culprit, providing the largest source of sugar in the diets of those aged four to 18.

Drinks such as Coca-Cola, with nine teaspoons of sugar per can, accounted for 30 per cent of added sugar intake for those aged 11 to 18, the National Diet and Nutrition Survey found. Coca Cola’s Coke Zero, a Diet Coke for men in a black can: The food industry lobby has been granted dozens of meetings with ministers since 2010

Dr Malhotra said: ‘They are trying to deflect attention from their own part in creating an obesity epidemic, which has been fuelled almost entirely by  rising calorie consumption.’

He added that ‘obscene’ attempts by firms to associate themselves with active lifestyles could encourage the public to consume more unhealthy products, wrongly assuming that small amounts of activity would be enough to balance it out.

Wayne and Coleen Rooney helped to launch Coca-Cola Zero in 2006. The parks project bearing its name will see activities such as basketball, hula-hooping and t’ai chi in London,  Birmingham and Newcastle, with plans to expand it to more cities in the future.

The Coca-Cola Zero ParkLives project is the latest offshoot of the controversial ‘Public Health Responsibility Deal’, under which the food and drink industries can effectively regulate themselves.

The Daily Mail revealed in February how the food industry lobby had been granted dozens of meetings with  ministers since 2010, while health campaigners have been kept at arm’s length.

Coca-Cola has stated that in accordance with its marketing code, the fitness programme will not be marketed at children under 12. It will offer free sports sessions and coaching for families and young adults. Working out: Thousands of families will be urged to take part in free sports sessions such as tennis, rounders and Zumba, like the class pictured, from Friday as part of the Coca-Cola Zero ParkLives. File picture

Jon Woods, general manager of Coca-Cola Great Britain, said: ‘We know that companies get to grow in a market if they stay close to their customers. Obesity is a great concern for our consumers – 61 per cent of adults are overweight and obese, as are 33 per cent of children.

‘We want to play a more productive role in finding solutions to obesity.

‘Historically, we would have shied away from this but we are taking a more proactive approach. This is about calories in and calories out and getting the energy balance right.’

Posted in In The News
← Which Type of Vitamin E Is Best for My Liver?Understanding the strains of hepatitis →