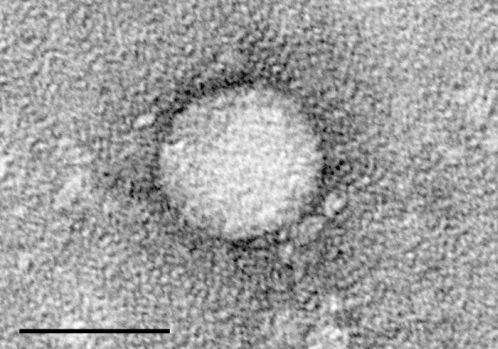 Understanding the strains of hepatitis

Hepatitis C is a very sneaky creature that coats itself in an envelope which changes every time the body tries to mount an immune response, says Kenneth Sherman, MD, PhD, a UC Health physician and professor in University of Cincinnati (UC) College of Medicine.

“It’s very similar to HIV in that regard,” says Sherman, director of the internal medicine department’s division of digestive diseases.

There is no vaccine for hepatitis C, which is receiving renewed attention as the public learns more about a heroin epidemic that is affecting not just the Tristate but the nation. Hepatitis C is spread largely through injection drugs and shared needles and is following the heroin epidemic.

May is also Hepatitis Awareness Month, according to the Centers for Disease Control and Prevention. In the United States, it’s estimated that 3 million to 5 million people are infected with hepatitis C, which attacks and inflames the liver, says Sherman.

“In the ’60s and ’70s, a lot of people played around with injection drugs,” says Sherman. “It only takes once with a shared needle to become infected. Others were exposed to contaminated blood or had exposures from other sources. That is why the Centers for Disease Control and Prevention now recommend that all baby boomers, those born between 1945 and 1965, be tested at least once for hepatitis C by their care provider.”

“We are now seeing a new epidemic of hepatitis C,” says Sherman. “The epidemic is among the 15- to 30-year-olds in this generation. We are already seeing that in the Cincinnati area and throughout the region.”

Hepatitis C can now be treated in 12 weeks, while previous treatments just three or four years ago were four times as long, says Sherman. The cost of treatment remains controversial with the Food and Drug Administration (FDA) approving a new drug, Sofosbuvir, which costs $84,000 for a 12-week treatment, says Sherman.

Hepatitis C may get the most publicity, but the disease is only one among the family of hepatitis viruses.

“There are different types of viral hepatitis with names ranging from A through E. Other viruses remain to be discovered,” says Sherman.

Hepatitis A is a virus that is acquired through food and water contamination with fecal waste. It causes acute hepatitis and does not go on to the chronic (long term) disease state, says Sherman.

“You don’t maintain an active virus for more than a period of six months,” he explained.

Hepatitis B is a virus that is spread through sexual exposure and injection drug use and from mothers to infants and it is common in immigrant populations, says Sherman.

“In the Cincinnati area we see high rates of hepatitis B in immigrant Asian populations,” says Sherman. “It does persist in many patients leading to a chronic disease state and creates long-term infection which is associated with liver injury, cirrhosis and development of liver cancer.”

Hepatitis A and B are both vaccine preventable, says Sherman.

Hepatitis D is a strange virus that only co-exists with hepatitis B, says Sherman. “It utilizes hepatitis B to be able to replicate itself. When you get both together the severity of the disease is much worse. Luckily, hepatitis D is considered relatively rare in the United States.”

Hepatitis E is in some ways the new player on the block, says Sherman.

“It is something that we are actively studying at the University of Cincinnati,” says Sherman. “It has historically been a disease of resource limited countries with poor sanitation systems which is spread like Hepatitis A through contaminated water and food.”

“In recent years, we have come to understand that it is very common in the U.S. and is probably being spread through exposure to pigs and pig products, meaning eating poorly cooked sausage and goetta,” says Sherman. “It can cause acute hepatitis and in addition, it can cause a chronic hepatitis among those with HIV or in people who have had an organ transplant or are taking cancer chemotherapy.”

With chronic hepatitis E, there have been some recent case reports suggesting that treatments used in the hepatitis C treatment regimen may be successful, says Sherman. There are two vaccines that have been studied—one in China and one in Nepal —but neither have been approved for use by the FDA.