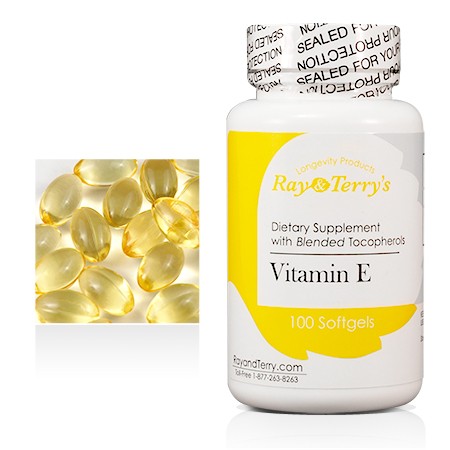 Which Type of Vitamin E Is Best for My Liver?

When it comes to caring for your liver with Vitamin E, there is more involved than picking a Vitamin E supplement off the shelf.

Many people have heard of the antioxidant known as Vitamin E, but few realize that there are eight naturally occurring forms of this vitamin. Known to be helpful for those with liver health concerns, choosing the best Vitamin E variety for liver health can be confusing. By becoming familiar with Vitamin E’s primary forms, consumers will have a better understanding of this vitamin’s saga – and know more about ideal Vitamin E supplementation.

Admittedly, most of us like to think of vitamins as relatively straight-forward healthful pills that are taken with breakfast. When a particular vitamin is shown to defend against a chronic illness we are personally grappling with, it’s generally an easy transition to include in our routine. However, when the information about a vitamin is complex and filled with layers of instruction, most of us tend to shy away – preferring suggestions that come in simple, neat packages. Regrettably, the complexity of supplementing with Vitamin E encourages many to dismiss it. Dismissal is unfortunate for those who could really benefit (like those with chronic liver disease) – because – in this instance, Vitamin E is definitely worth the bother.
The Many Forms of Vitamin E

Vitamin E is a fat-soluble antioxidant that stops the production of reactive oxygen species (ROS). The result of cellular oxidation, ROS is a major contributor to most chronic diseases. Vitamin E is believed to prevent or delay chronic liver disease progression because it can infiltrate fatty tissue in the liver to exert its antioxidant properties.

Vitamin E is defined by chemists as eight naturally occurring forms which can be found in food; four tocopherols and four tocotrienols. The tocopherols are:

The four tocotrienols are:

Although there are eight distinct forms (each with its own potential health benefits), d-alpha-tocopherol is the most common substance packaged as a Vitamin E supplement. Known to have the highest biological activity within the Vitamin E family, d-alpha-tocopherol is continually recycled by the liver – while the liver metabolizes and excretes the other Vitamin E forms. As such, blood and cellular concentrations of other forms of Vitamin E are lower and have been the subjects of less research.

The function of d-gamma-tocopherol in humans is not totally clear, with blood levels generally ten times lower than those of d-alpha-tocopherol. Very few studies have evaluated d-gamma-tocopherol in the body, but those that have suggest that it has the unique ability to scavenge reactive nitrogen species. Like ROS, reactive nitrogen species can also damage proteins, lipids and DNA. Most healthcare professionals suggest supplementing with a mixture of tocopherols – including both the alpha and gamma versions.

Most of the research involving Vitamin E has been conducted on tocopherols because of their abundance – both in the body and in nature. However, modern research is demonstrating tocotrienols to be particularly valuable to human health.

On a molecular level, tocopherols and tocotrienols differ because of their lipid-soluble tails. Tocopherol has a longer tail, enabling it to embed in cell membranes and be less mobile. On the other hand, tocotrienol has a shorter tail that increases its mobility in cell membranes. According to Dr. Barrie Tan, an international authority on the subject, tocotrienol’s increased mobility allows it to move faster and cover a larger area of the membrane. This speed helps tocotrienols hunt down free radicals across a large area. According to the work of University of California/Berkeley’s Dr. Lester Packer, tocotrienol is about 50 times more potent as an antioxidant than tocopherol.

Tocotrienols are not as easy to isolate from Vitamin E-rich sources as tocopherols are. Consequently, the supportive science and availability of tocotrienols remains in its relative infancy.

With such potent health benefits of both tocotrienols and tocopherols, it is logical to seek a united Vitamin E supplement containing both of these forms. However, keen clinicians advise against this practice. This is because d-alpha-tocopherol interferes with tocotrienol’s benefits, virtually cancelling out the good intentions of taking these substances together.

Although not falling into the simplistic approach of relying on one supplement for your Vitamin E intake, experts in the field of antioxidant therapies recommend taking both supplements, separately. By taking tocopherols in the morning and tocotrienols in the evening, the body receives unparalleled oxidation-fighting power – giving their liver a true Vitamin E advantage.