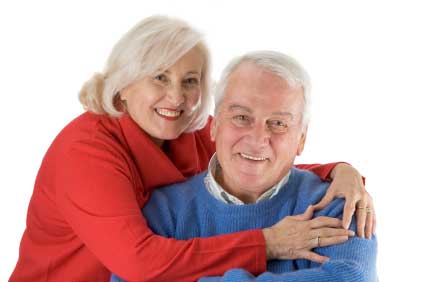 Although the risks associated with most operations are much higher for people over the age of 65, studies prove that liver transplant surgery is an exception. As transplant centers learn of this realization, age will no longer limit a person’s transplant eligibility.

The liver is incredibly resilient, with the exceptional capacity to repair and replace its own cells when they’re damaged. But advanced liver disease and/or acute liver failure may damage this organ beyond self-reparability, leaving a liver transplant as the only remaining option. Surprisingly, the age group at greatest risk for other major surgeries seems to have improved survival odds for a liver transplant.

As the last resort for a liver no longer able to perform the functions necessary for life, a liver transplant is major surgery that has its own set of risks. Every surgery comes with potential dangers during and after the procedure. The decision to proceed with any surgery is based on the statistical chance of the procedure’s benefits outweighing the risks. The recipient’s body goes through a lot with a liver transplant. It must withstand:

·    The removal of a diseased, malfunctioning liver

·    The replacement with a donor liver in his or her body

·    The body’s possible rejection of his or her new organ

·    The recovery of his or her health

While the number of people needing a new liver keeps growing, they far outnumber the available organs available for transplant. On any given day, at least 17,000 people are waiting to receive a liver transplant in the United States. In contrast, there are only enough donor organs to provide about 5,800 transplants per year. With this vast difference between supply and demand, calculating which populations carry the greatest risk for a liver transplant helps the authorities decide who is next in line for finding a donor match.

To manage this discrepancy, transplant centers are reevaluating patient selection criteria to optimize survival outcomes and organ allocation. For a long time, older patients have been considered high-risk transplant recipients. This assumed risk is because:

·    The increased likelihood of other health issues compounds their liver problem

However, research is proving that the softer immune systems of older patients reject transplants less often – leading to better surgical outcomes. This realization is shifting the prioritization of liver transplant allocation, giving senior citizens a better chance of becoming a recipient.

According to two studies, one in London and one in California, the survival rates of senior citizens are comparable to younger patients after a liver transplant operation.

1.    London – As published in the October 2007 issue of Liver Transplantation, researchers at King’s College Hospital in London retrospectively examined the transplant outcomes of older patients compared to younger ones. They divided 416 liver transplant recipients into three groups according to age: group 1 included patients over age 65, group 2 included patients between age 60 and 64 and group 3 included patients aged 18-59 years old.

After regularly examining the participants post-transplant for signs of rejection, the survival rates were found to be very similar among all three age groups. The researchers theorized that the strong survival rates among older patients could partially be attributed to a more rigorous assessment of concurrent illnesses. Among patients who did not survive, cardiovascular causes were most common for those under age 65, while malignancy and sepsis (infection) were most common among those over 65.

The English researchers concluded that age-related immune system weakness led to less transplant rejection than those of younger age with stronger immune systems. However, the survival rates were relatively even between age groups because, while younger recipients had more transplant rejection, the older recipients had more episodes of infection and cancer.

2.    California – As published in the August 2007 issue of the journal Archives of Surgery, a team at the University of California, Los Angeles, David Geffen School of Medicine reviewed the medical records of patients who had undergone a liver transplant. By including 62 patients age 70 and older and 864 patients ages 50 to 59, this study measured the patients’ survival time until death, the last known follow-up date or re-transplantation.

According to the researchers, “no statistically significant difference in survival in the first 10 years after transplantation” was found between the two groups of patients. Being 70 or older was not an independent predictor of death, the authors said. “In conclusion, biological and physiological variables may play a more important role than advanced age in predicting poor survival after liver transplantation,” the UCLA team wrote. “Measures of physiological age and risk of complications should be used in the evaluation process of elderly transplant candidates. Age by itself should not be used to limit liver transplantation.”

With two separate studies arriving at the same conclusion within the same year, it seems that senior citizens should be given every consideration for liver transplant eligibility as younger people. Although some of the challenges of a liver transplant may pose extra challenges to the older population, they still fare just as well. Because an aged, softened immune system is less likely to reject their new organ, the biggest hurdle for a liver transplant is reduced for seniors.

If your physician tells you that you are too old to receive a new liver, make certain that factors other than age are leading to this decision. Even though other major surgeries may not make sense for an elderly person to pursue, different limitations apply to liver transplant surgery.