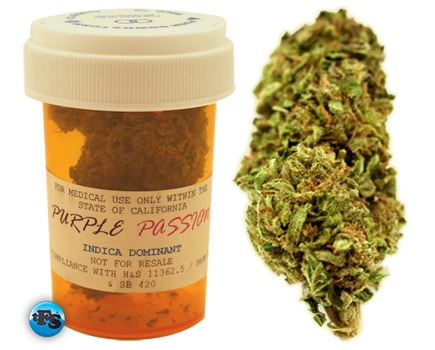 A cancer patient is removed from the transplant list at Cedars-Sinai for using medical marijuana and for failing to show up for a drug test. He is hoping the hospital will reconsider.

Norman Smith, who has been fighting cancer for two years, needs a new liver.

He was placed on the transplant list at Cedars-Sinai Medical Center last year but doctors removed him in February because he was using medical marijuana and failed to show up for a drug test.

To get back on the list, Smith, 63, has to spend six months avoiding medical marijuana, submitting to random drug tests and undergoing counseling. Meanwhile, he is still undergoingchemotherapy and radiation for the cancer, which recently returned after being in remission.

“It’s frustrating,” he said from his home in Playa del Rey. “I have inoperable cancer. If I don’t get a transplant, the candle’s lit and it’s a short fuse.”

Any delay could mean the “difference between life and death,” said Joe Elford, an attorney with the medical marijuana advocacy group Americans for Safe Access, which is representing Smith and considering a lawsuit against the hospital.

There is no standard policy on transplants and the use of medical marijuana or other drugs, according to the United Network for Organ Sharing, which manages organ transplantation for the U.S. Instead, transplant centers make their own decisions on which patients are the best candidates for new organs.

More than 16,000 people are in line for livers nationwide and the average wait is about 300 days, according to the network.

“We have to do a prioritization, like you literally do on a battlefield — who can die and who can survive, because we don’t have enough livers,” said Dr. Goran Klintmalm, chief of the Baylor Regional Transplant Institute and an expert in liver transplantation. “As long as we have patients who die on the list waiting for organs … is it right to give to patients who have a history of drug use? You can discuss until the cows come home if it is social marijuana or medical marijuana.”

Transplant doctors said one of the main concerns is compliance with a complicated regimen of post-transplant medications.

“If you are drunk or high or stoned, you are not going to take your medicine,” said Dr. Jeffrey Crippin, former president of the American Society of Transplantation and medical director at Washington University in St. Louis.

Cedars-Sinai spokeswoman Sally Stewart said federal law prevented her from talking about Smith’s case. But she said marijuana users can be exposed to a species of mold that can cause fatal disease among patients with compromised immune systems. They also run a risk of a fatal lung infection after transplantation, she said.

“We do not make a moral or ethical judgment about people who are smoking medical marijuana,” she said. “Our concern is strictly for the health and safety of our patients.”

At Cedars-Sinai, if patients who need a transplant initially test positive for marijuana, they can still be listed but must sign a statement agreeing not to use the drug. Then, if they fail a random drug test or don’t show up for one, they are bumped from the list. “There have to be guidelines in order to give people the best chance at surviving a transplant,” Stewart said.

UCLA Transplantation Services has an even stricter policy, requiring six months of sobriety before a patient can be listed. Dr. Douglas Farmer, a transplant surgeon and surgery professor at UCLA, said that drug and alcohol use is a “huge issue” and that patients on medical marijuana have also come to UCLA seeking transplants.

Farmer said, however, that many patients with medical marijuana prescriptions are not “legitimate” and transplant surgeons can’t risk wasting a precious organ on someone who is going to continue abusing alcohol or drugs. “There are a significant number of people who come in for liver transplants who have a substance abuse history,” he said.

Smith’s oncologist, Dr. Steven A. Miles, refilled the prescription for medical marijuana to manage his patient’s pain. Miles, who is in private practice and an attending physician at Cedars, said that missing the drug test didn’t bode well for his patient’s post-transplant compliance.

Nevertheless, Miles said his patient will die without a new liver. “Without a transplant, it is basically 100% fatal,” he said. “It’s just a matter of time.”

Smith, a former precious metal trader, acknowledged that he didn’t follow the rules. He said he used medical marijuana after having unrelated back surgery and weaning himself from the prescription pain pills. “I was in extreme pain and physical anguish,” he said.

In April, he wrote a letter to the head of the liver transplant program at Cedars, Steven Colquhoun, asking to be relisted. In his response, Colquhoun wrote, “More than other organ programs, liver transplant centers must consider issues of substance abuse seriously since it does often play a role in the evolution of diseases that may require transplantation, and may adversely impact a new organ after transplant.”

Smith, a recovered alcoholic, said he used marijuana recreationally in the past before getting a prescription for medical marijuana. He also has cirrhosis of the liver and previously had Hepatitis C. Smith said he stopped using marijuana in August and is attending Alcoholics Anonymous meetings to satisfy his counseling requirement.

Smith is hopeful that he will get a transplant in time and that his fight will raise awareness for others with medical marijuana prescriptions. “That’s why I am going through this challenge, at the very least to make it easier for the next guy,” he said.