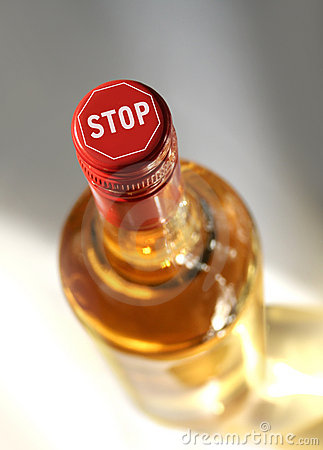 It Is Never Too Late To Stop Drinking

ScienceDaily (Apr. 16, 2009) — Where there is life there is hope and it is never too late to stop drinking, even with the most severe case of alcohol-related liver disease, according to new research from the University of Southampton.

The study, led by Dr Nick Sheron, senior lecturer at the University of Southampton and consultant hepatologist at Southampton General Hospital, found that abstinence from alcohol is the key factor in long-term prognosis, even with relatively severe alcohol-related cirrhosis on a liver biopsy.

The study’s aim was to determine the effect of pathological severity of cirrhosis on survival in patients with alcohol-related cirrhosis.

Liver biopsies from 100 patients were scored for the Laennec score of severity of cirrhosis between 1 January 1995 and 31 December 2000, and medical notes were reviewed to determine various clinical factors including drinking status.

Using up-to-date mortality data from the National Health Service Strategic Tracing Service, Dr Sheron found that whether or not someone was still drinking was the most important factor determining long-term survival in alcohol-related cirrhosis of the liver.

He found that the degree of cirrhosis found on a liver biopsy was less of a factor on survival. Abstinence from alcohol at one month after diagnosis of cirrhosis was a more important factor determining survival, with a seven-year survival rate of 72 per cent for patients who had given up drinking, against 44 per cent for the patients continuing to drink.

Dr Sheron comments: “These findings illustrate the critical significance of stopping alcohol intake in alcohol-related cirrhosis, but unfortunately the services needed to help these patients stay alcohol-free simply do not exist in many parts of the UK.

“This study clearly confirms the common-sense knowledge amongst hepatologists that the single most important determinant of long-term prognosis in alcohol-induced cirrhosis is for the patient to stop drinking.

“At the most simplistic level, the successful management of alcohol-induced liver disease comprises two components; firstly to keep the patient alive long enough for them to stop drinking and secondly to maximise their chances of continued abstinence. A third and vital objective at a public health level is to prevent people developing alcohol-related cirrhosis in the first place. If we are to reduce liver mortality it would seem important to encourage and support patients to stop drinking, and to address the public health aspects of alcohol-related liver disease.”

Posted in Alcoholism and tagged alcohol, cirrhosis, liver
← Do You Use Alcohol for Stress Relief?Oh no, Mummy's drunk… again →