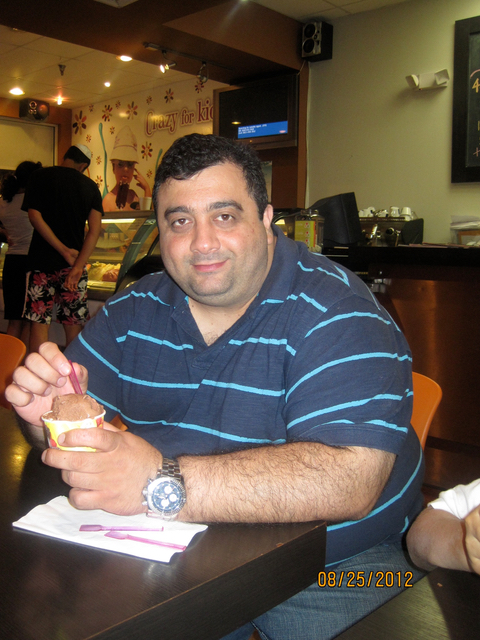 Yona has been struggling with his weight for the last 20 years. But over the last 10 years he ballooned to 360 pounds.

A little over two years ago he decided to go through bariatric surgery during his medical surgery clearance it was discovered that he had low platelet which was caused by liver cirrhosis.

He was scared and I didn't know what to do. I guess with the most difficult part was that he kept it all to himself he went to see a liver specialist where at that time the doctor told him that he needs to lose weight or he will not be qualified for a liver transplant.

Through his search he came across the forks over knives movie which had inspired him to switch his diet to whole food plant-based diet. In the beginning it was very difficult obviously without any support or limited amount of food choices but he stuck it through and was very focused.

Both him and I done tremendous amount of research on various different recipes and nutritional facts on different types of foods.

It took him about two years to achieve his weight loss today he weights about 170 pounds.

This summer on our family vacation in Orlando Yona was hospitalized where we discovered that he had significant amount of fluid buildup in his abdominal and and his right lung.

That's when I found out that he has liver cirrhosis they have drained his abdominal and his right lung and took out about 10 L of liquid.

Yona now is taking the medication that is helping him to get rid of liquid build up. But he still maintaining his plant-based diet and is feeling much better.

After his Florida's hospitalization we went back to New York and went to Cornell New York Presbyterian Hospital to meet with the transplant team.

Yona was put on the list and today he has a MELD score of 13. It's like with many people it's an every day struggle but he's focused and he's maintaining his drive.

Little over a month ago he introduced exercises to his daily routine.