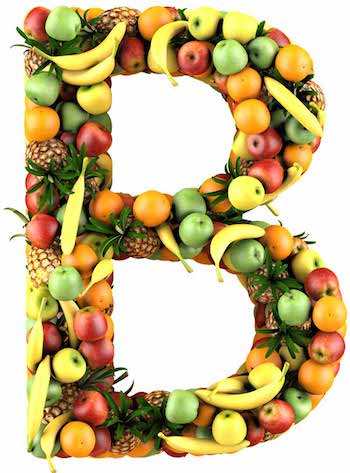 Vitamins: The pill could help Alzheimer’s sufferers such as author Sir Terry Pratchett

A simple vitamin pill could prevent millions from suffering the agony of Alzheimer’s.

The tablet, costing as little as 10p a day and made up of three vitamin B supplements, cut brain shrinkage linked to memory loss by up to 500 per cent.

Oxford University researchers behind the landmark study said it offered the ‘first glimmer of hope’ in the battle to find a drug that slows or stops the development of Alzheimer’s.

It and other forms of dementia blight the lives of more than 800,000 Britons, and the number of cases is expected to double within a generation.

No previous drug trials have been successful and, with around 500 new cases of Alzheimer’s diagnosed every day in the UK alone, anything that delays the development of the disease could improve the lives of millions.

The breakthrough centres on a compound called homocysteine which is naturally made in the body and, at high levels, has been linked to memory loss and Alzheimer’s.

Vitamin B is known to break down homocysteine, so the researchers decided to look at whether giving patients the vitamin would be good for memory.

Working with colleagues in Norway, the Oxford team recruited 270 pensioners suffering from slight memory lapses that can be a precursor to Alzheimer’s.

Known as mild cognitive impairment, or MCI, it affects one in six aged 70-plus, or 1.5million Britons.

Half of those with MCI will develop dementia within five years of diagnosis. Half of those taking part in the trial took a vitamin B tablet a day for two years.

The tablets contained extremely high doses of vitamins B6, 9 and 12.

For instance, the amount of B12 was up to 300 times higher than could be obtained by simply eating bananas, meat, wholegrains, beans and other foods rich in the vitamin.

The others took a daily dummy pill with no active ingredients.

Brain scans were carried out to check if the pill reduced the shrinkage of the brain that happens naturally as we age and speeds up in memory loss.

Vitamin B cut the amount of shrinkage by 30 per cent, on average, the journal PLoS ONE reports.

In those with the highest amounts of homocysteine in their bloodstream at the start of the study, it halved the shrinkage and in one extreme case, it cut it five-fold.

Those with the slowest rate of shrinkage did best in memory tests and in some cases their ability to recall lists was as good at the end of the trial as it was at the start.

Professor David Smith, one of the study leaders, said: ‘This is a very striking, dramatic result. It is our hope this simple and safe treatment will delay the development of Alzheimer’s in many who suffer from mild memory problems.’

Co-researcher Professor Helga Refsum added: ‘Here we have a very simple solution: you give some vitamins and you seem to protect the brain.’

The results suggest that a basic cocktail of vitamins can achieve results that have evaded pharmaceutical companies, despite billions of pounds being spent on experimental dementia drugs.

Professor Smith said: ‘This was a disease-modifying study. All other disease modifying trials have failed. What we can say is that this is the first one that shows a glimmer of hope and success.’

The professor plans to run a larger trial which will look at whether the vitamin cocktail actually affects the onset of Alzheimer’s.

If the trial is successful, high dose vitamin B could be widely prescribed to those with mild memory loss in as little as five years.

Those who do not want to wait can make their own vitamin cocktail with supplements on sale at health food stores.

But the researchers stress that people should not do this without speaking to their doctor first.

High dose vitamins may trigger cancer and are known to fuel existing cancers. They may also react with medicines including arthritis and psoriasis drugs.

Despite this, Professor Smith says he ‘would not hesitate’ to take the cocktail of 20mg of vitamin B6, 0.8mg of vitamin B9, or folate, and 0.5mg of vitamin B12, himself, if he were diagnosed with MCI.

The Alzheimer’s Research Trust, which part-funded the study, said that delaying the onset of Alzheimer’s by five years could halve the number of those who die with the condition.

The Alzheimer’s Society gave the research a cautious welcome. Professor Clive Ballard said: ‘This could change the lives of thousands of people at risk of dementia. However, previous studies looking at B vitamins have been very disappointing and we wouldn’t want to raise people’s expectations yet.’