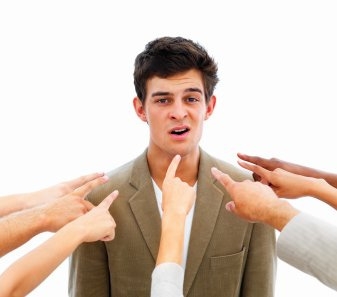 F. The Stigma of Cirrhosis

There are something we wish to forget and somethings we wish to remember. Saturday,December the 10th 2008 was one of those days when a lot was forgotten and perhaps best left that way. Linda had gone to work as usual and I was in the house on my own. At some point on Saturday afternoon, I remember Linda saying to me "Hun, we've got to get you in the car" and me replying "Fuck the car! Get an ambulance!". I was lying on the floor  in our lounge and didn't know what had happened to me. Moments later I was being strapped to a stretcher and then all I remember was the ambulance crew asking me some questions. My memory after that has gone other than odd flashes of voices. It probably wasn't until the next day that things became memorable again.

Apparently I had gone out to the garage which adjoined our kitchen. what for or why, I have no idea! It was there that I blacked out and went nose surfing on the garage floor (luckily there was a mat covering that part of the concrete floor). I was then unconscious, with a broken nose, multiple cuts and bruises  lying on a cold floor with air temperatures hovering about the freezing mark.

Linda could tell afterwards from the trail of blood that I left where I then went to! Apparently I had crawled back into the house, and trying to find a phone had dragged myself upstairs and back down and somehow managed to get a call through to Linda at her work. At the time, our home phone was disconnected from the wall on account of people phoning us demanding bills to be paid!

In any event, a quick thinking girl at Linda's work had the sense to realize that something was up and told Linda that she thought I was in trouble. Linda then rushed home to find me collapsed on the living room carpet.

The Stigma of Cirrhosis

There is a social stigma of having cirrhosis, particularly from an alcoholic cirrhosis point of view, but it must be remembered that cirrhosis caused through hepatitis also attracts its own form of ignorance from the public at large and many sufferers end up resorting to giving evasive answers to direct questions. Alcoholic cirrhosis is fairly self evident as to the cause however, hepatitis induced cirrhosis could have come from unsafe sex, dirty needles (drug addicts) as well as the more common forms, blood transfusions and dirty medical instruments.

I quote from my journal:

"Hands up all those who willingly admit to anyone they have cirrhosis of the liver!!!!"
Not many hands on show I reckon.....true???

Cirrhosis is one of those 'things' that don't get mentioned in polite conversation. A discussion on hemorrhoids at a cocktail party might be deemed more socially acceptable.

I've read many times on this board how people are ashamed to admit to having this disease as there is such a stigma attached to it. There is also a huge amount of ignorance.

Cirrhosis is a dirty word, it conjures up visions of skid row drunks pouring meths from a bottle held in a paper bag, while living under a bridge somewhere.

To me anyway, (others may disagree), cirrhosis is all about alcoholism. Most people I meet probably don't even know that hepatitis can lead to cirrhosis. I don't think hepatitis conjures up the same dirty dirty visions that are attached to alcohol. I also think this is reflected in the research dollars that are devoted to trying to cure this awful disease.

Hepatitis attracts the research dollars, alcoholic cirrhosis does not.

What ever the truth, we are all guilty of forgetting many of the facts about this disease however we came to have it.
Although cirrhosis has been loosely tied to alcohol and hepatitis, there is no medical evidence that either alcohol or hepatitis 'CAUSE' cirrhosis.

The majority of people who succumb to cirrhosis will never be given a definitive reason as to why they got the disease.

If alcohol is a main cause, why is that less than 10% of chronic alcoholics in the US will ever get cirrhosis?

Currently it is incurable because the cause is unknown. Many cases of cirrhosis may be hereditary, due to pre-disposition or related to other conditions including malnutrition, prolonged obstruction of the flow of bile, congestive heart failure and syphilis. Since the exact cause of cirrhosis remains unknown, there is no guaranteed means of prevention.

I have lost count of the number of times I have been upset by people assuming I was a chronic alcoholic on hearing that I had cirrhosis. I patiently explain that I have no medical record of alcohol abuse or ill-health attributed to alcohol. The only 'reason' I am tagged with having alcoholic cirrhosis is because of the fact that I did drink.

Remember, although cirrhosis is normally associated with alcohol abuse, the term cirrhosis refers to the replacement of liver cells by non-functioning, fibrous tissues and shrinking of the liver, all of which occur when liver cells cease functioning, so why does the liver die?? Sure, alcohol does not help in maintaining a healthy liver. Most of us are all too aware of the dreaded hangover when our bodies decide enough is enough and reminds us that alcohol in excess is a poison.

Do remember though that the liver in all its amazing complexity is the only organ in the body which will regenerate and produce new cells. Cirrhosis strikes many people who drink and get hangovers from time to time, as well as those who have never had a hangover in their life.

If sufferers receive a partial liver transplant, where one quarter of the diseased liver is replaced by a piece of healthy liver from a donor, just months are required for the old diseased liver to completely regenerate. Such is the power and the resilience of the liver.

The argument that sustained use of alcohol results in the death of this amazing organ is untrue, unproven and indefensible.

Gout used to suffer from the same prejudice. Gout was thought to be caused by rich diet and excessive alcohol consumption, but now we know it is caused by a long term build up of uric acid in the joints and surrounding tissue.

So, cirrhosis is nothing to be ashamed of. Today it is not a preventable disease because the cause is as yet unknown. So rather than hang our heads in shame and feel like the lepers that we sometimes do, we should feel rather special in that we have a condition that has up to now, defied explanation by medical science.
We are, all of us, special. Let us not forget that.

Posted in The Beginning
← G. Christmas 2008 and DietE. So, What Causes Cirrhosis? →