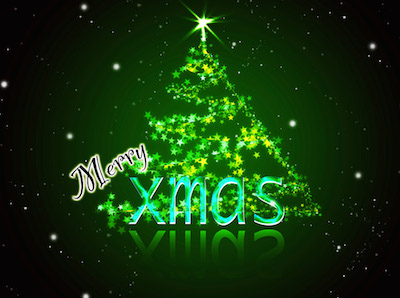 Christmas 2008 was a miserable affair.  Misery heaped on misery, my appetite was sporadic with difficulty in keeping down any food at all, my diarrhea was uncontrollable, I couldn’t sleep, pee, sit or do anything much such was the debilitating effects of the disease.

For Christmas Day Linda had planned one of my all time favorites, Roast Lamb. Yummy! During the morning I went outside into the garage to do some tidying up but was in actual fact simply trying to stay out of the way. I felt so ill and useless I felt I had to make some sort, any sort of effort. While Linda toiled away in the kitchen, I tried pathetically to move stuff from one place to another to make it look if I had done something.

Christmas Lunch was a pretty horrible experience. No salt on anything! Mrs Dash helped of course but the illness was destroying my taste buds, I had limited appetite and in the end, gave up, apologized and went to lay down of the sofa.

I was supposed to phone my daughters, but was feeling so ill I just couldn’t face it. I thought they might understand. During the afternoon, Linda dragged me out to do a couple of tours walking around the close where we lived. Two times was all I could manage before returning to my sofa, trying to listen to music and later, inevitably, throwing up lunch.

One of the worst things about ascites, the fluid in my abdomen was that it pressed on all my internal organs. It pressed on my stomach, so I had no appetite; it pressed on my bladder, so I felt in constant need to pee – but couldn’t; at its worst it pressed on my lungs so that even breathing was difficult. Sleep as always, was impossible.

Another facet of the disease also happened at this time. I was cold all the time. There was no way, irrespective of how many layers I put on, or how many layers I put over me the result was the same. Cold. I used to try and sleep at night with sheets, five comforters, a sleeping bag and a heavy blanket, but still I was cold. One of the other things that the liver does for you is to help regulate your thermostat. Mine clearly wasn’t working!

As we moved into the New Year, my disease was not getting any better. My weight was dropping off and I hated looking in the mirror to see a scrawny old man, with no muscles at all combined with a huge pot belly. The wasting gets so bad that it takes away all the flesh from your face leaving you skull-like and frightening. I can think of no worse sight and used to turn away from the bathroom mirror so as not to see myself.

I was also suffering from terrible stomach ache – like the worst kind of indigestion you ever had. Sometimes the pain was so bad I would vomit – but the pain remained. I tried all the ‘usual’ cures such as pepto-bismal, milk, milk of magnesia etc but nothing worked. Many a night I would lie groaning in my bed, doubled up in agony hoping sleep would take over – but it didn’t. My ‘solution’ as such was to go out driving in the night hoping that concentration on driving would help avert my mind from the pain. I would often return home as dawn was rising and collapse fully dressed and fall into a merciful sleep.

Obviously I knew I had ascites but never associated this terrible pain with ascites. It was only after several more hospital emergency room visits a doctor told me that it was the ascites causing the pain, however little fluid was in my abdomen. Sometimes they only needed to drain a liter or so for the pain to go away which was nothing compared to the eleven liters that was drained the first time I had paracenticis.

Most of my Emergency Room visits resulted in me being kept in hospital for five days or so. This in many ways was a relief because I actually enjoyed my hospital stays. I could crank up the thermostat in my room to 82 degrees, was waited on by wonderful nurses, served good food and had a constant stream of visitors. Few of my so-called friends stopped by but those who did I cherished.

Hospital stays also gave me the opportunity to learn more about the disease. My curiosity kept me asking questions, questioning answers and helped me deal with many aspects of the disease. I had learnt that there were very few straight answers to questions about cirrhosis and an awful lot of incorrect ones.

At an early stay I had been visited by a dietician who advised me on what I could/should eat or not. For as much as I was told “You can’t eat this, or that”, an explanation as to why was never forthcoming. During one of my extended stays on one of those awful Sunday afternoons when being in hospital is about as bad as it gets, an intern Doctor poked his head into my room to see how I was.

We got talking and not being pressed for time he was able to spend about an hour with me trying to answer some of my questions and concerns. On the question of diet he was able to right many of the wrongs I had been told by others. For example, I was told I shouldn’t drink coffee – no reason given. As it turns out, coffee is an excellent antioxidant and is not only safe but good for you. Other annoying things like being told I couldn’t eat certain types of fruit and drink certain types of drink particularly carbonated drinks turned out to be false as well.

When he told me it was ok to drink coffee I nearly hugged him!

What transpired from our chat was that there is nothing really that is bad for a cirrhotic patient, food and drink in most forms is good as long as the limits are observed in terms of salt and fluid intake.

As the good Doctor said “If you like it, eat it!”. Moderation is key.

Another piece of good advice is that if a doctor or a dietician says you can’t do something, always ask, “Why?”

Eating with cirrhosis is often a problem. Firstly, often there is no desire to eat and secondly there is the question of what to eat.

Much of the time I was terrified of eating because of the explosive vomiting which often followed. Fried food of any sort was a complete no-no. It upset my stomach even in small amounts. One of my favorites was shrimp in garlic sauteed in white wine and served with rice. Of course the purists will say that it is a terrible thing to do to use wine when you have cirrhosis but in reality most of the alcohol evaporates during cooking. What is more it tastes good!

In practice, anything that you can manage to eat is a good thing but try and keep it light on the stomach.

Fruit became a major portion of my diet. Apples I devoured by the case! I would probably eat six or eight apples a day. Apples are both an excellent source of refreshment as well as being extremely good from a vitamin and antioxidant point of view.

However, during this period my weight continued to plummet and every time I needed draining I would be terrified to learn how much my weight had dropped.

Posted in The Beginning
← H. Ascites, Weight, Protein and HerniasF. The Stigma of Cirrhosis →