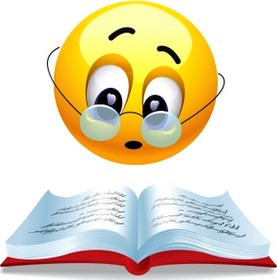 E. So, What Causes Cirrhosis?

There are a number of conditions that can lead to cirrhosis:

Excessive intake of alcohol (most common)

Types B, C and D of chronic viral hepatitis,

Hemochromatosis — abnormal accumulation of iron in the liver and other organs because of the increased absorption of iron from the intestine.

Alpha1-antitrypsin deficiency–inherited absence of a specific enzyme in the liver.

Prolonged obstruction or other diseases of the bile ducts (biliary cirrhosis, sclerosing cholangitis)

While almost everyone who drinks excessive amounts of alcohol sustains some liver damage, it does not necessarily develop into cirrhosis. In those individuals who drink one-half to one pint (8 to 16 ounces) of hard liquor per day (or the equivalent in other alcoholic drinks), for 15 years or more, about one-third develop cirrhosis. Another third develop fatty livers, while the remainder have only minor liver problems. In general, the more you drink, the greater the frequency and regularity of excessive intake, the more likely that cirrhosis is to result. A poor diet, long considered to be the main factor in the development of cirrhosis in the alcoholic, is probably only a contributing factor. Alcohol by itself, in large amounts, is a poison which can cause cirrhosis.

Can social drinkers get cirrhosis?

Some individuals who are “social drinkers,” not alcoholics, can develop cirrhosis. Factors affecting the development of cirrhosis include:
•the amount of alcohol consumed
•the regularity of intake
•natural tendency
•perhaps the state of nutrition

It is not known why some individuals are more prone to adverse reactions to alcohol than others. Women are less tolerant of alcohol than men. Researchers believe that this is because men have a greater ability than women to break down the alcohol for elimination. Studies show that a much higher percentage of women, consuming less alcohol than men, go on to cirrhosis.

Does hepatitis always result in cirrhosis?

What are the signs and symptoms of cirrhosis?

The onset of cirrhosis is often “silent” with few specific symptoms to identify what is happening in the liver. As continued scarring and destruction occur, the following signs and symptoms may appear:
•Loss of appetite
•Nausea and vomiting
•Weight loss
•Enlargement of the liver
•Jaundice–yellow discoloration of the whites of the eyes and skin occurs because bile pigment can no longer be removed by the liver
•Itching–due to the retention of bile products in the skin
•Ascites–abdominal swelling due to an accumulation of fluid caused by the obstruction of blood flow through the liver
•Vomiting of blood–frequently occurs from swollen, ruptured varices (veins that burst) in the lower end of the esophagus due to the increased pressure in these vessels caused by scar tissue formation
•Increased sensitivity to drugs–due to inability of the liver to inactivate them
•Encephalopathy (impending coma)–subtle mental changes advancing to profound confusion and coma.

The major symptoms of ascites, varices and hepatic encephalopathy have already been briefly mentioned and the following is a non-exhaustive list of what other delights may be expected:

As the disease progresses, complications may develop. In some people, these may be the first signs of the disease.
Bruising and bleeding due to decreased production of coagulation factors.
Jaundice due to decreased processing of bilirubin.
Itching (pruritus) due to bile salts products deposited in the skin.
Sensitivity to medication due to decreased metabolism of the active compounds.
Hepatocellular carcinoma is primary liver cancer, a frequent complication of cirrhosis. It has a high mortality rate.

Problems in other organs.

Cirrhosis can cause immune system dysfunction, leading to infection. Signs and symptoms of infection may be aspecific are more difficult to recognize (e.g. worsening encephalopathy but no fever).
Fluid in the abdomen (ascites) may become infected with bacteria normally present in the intestines (spontaneous bacterial peritonitis).
Hepatorenal syndrome – insufficient blood supply to the kidneys, causing acute renal failure. This complication has a very high mortality (over 50%).
Hepatopulmonary syndrome – blood bypassing the normal lung circulation (shunting), leading to cyanosis and dyspnea (shortness of breath), characteristically worse on sitting up.
Portopulmonary hypertension – increased blood pressure over the lungs as a consequence of portal hypertension.

From a purely personal point of view the other ‘minor’ symptoms that also affected me badly were inability to sleep (at night), itching, joint pain (I was one large walking ache) and spontaneous nose bleeds.

Posted in The Beginning
← F. The Stigma of CirrhosisD. Learning to Live With Cirrhosis →