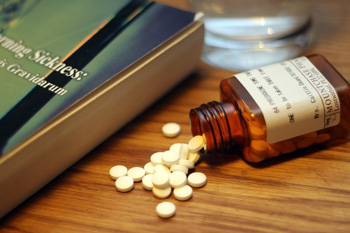 Only 3% of patients with chronic hepatitis C virus (HCV) are treated for their infection each year in England, according to research published in the Journal of Hepatology. The current uptake of treatment was described as “unacceptable” and likely to result in 1650 cases of end-stage liver disease and cancer each year by 2035. Scaling-up treatment and using newer drugs has the potential to reduce incidence by a half.

“We must make treatment for hepatitis C more accessible to patients,” said Charles Gore, chief executive of the Hepatitis C Trust. “Hepatitis C is a curable disease and to have so few people being offered the chance to rid themselves of the virus is simply not acceptable.”

An estimated 160,000 patients in the UK have chronic HCV infection. This can lead to permanent liver damage, including liver cirrhosis and liver cancer. However, the infection can be cured with treatment. Currently this is based on pegylated interferon and ribavirin. This therapy doesn’t always work and can cause unpleasant side-effects. All-oral highly effective treatments are in development and will be available shortly, but they are likely to be very expensive.

The UK Government’s Hepatitis C Action Plan for England called for “high quality services for the assessment and treatment of all patients.”

A team of investigators used national records to assess the number of patients who accessed HCV therapy annually between 2006 and 2011 and to assess the impact of various treatment strategies on the future burden of HCV disease of the next 30 years, as well as the costs associated with caring for patients with the infection.

Just 28,000 patients received therapy between 2006 and 2011, meaning that only 3% of the chronically infected population accessed treatment each year.

Maintaining this level of treatment uptake would result in 1650 new cases of HCV-related end-stage liver disease and liver cancer each year by 2035.

Increasing current treatment levels by 50% and 100% would modestly reduce the number of cases of end-stage liver disease and liver cancer, to 1470 and 1360 cases per year, respectively.

In order to avoid such a substantial disease burden, the newer, more effective therapies need to be used and must be scaled up so as to achieve 100% coverage. This could reduce annual incidence of serious liver disease to between 490 and 620 cases by 2035.

The cost of purchasing drugs for large numbers of people would be substantial, especially if the newer, more expensive therapies are used. However this expense must be offset against savings in other healthcare costs, such as the management of end stage liver disease and liver transplantation.

Increasing the uptake of existing therapies by 50% and 100% would increase treatment-associated costs by £460 million and £740 million over the next 30 years, respectively. Rapidly implementing complete coverage of new therapies was estimated to cost £1460 million.

While these costs are substantial, if current drugs are used at current levels of coverage, the total healthcare costs for caring for the HCV-infected population over the next 30 years would be much higher, at around £4680 million.

“While there would be a financial cost to rapidly increasing treatment rates, the increase is not as great as you might think because the costs of managing undiagnosed and untreated hepatitis C are so high,” commented Dr Helen Harris of Public Health England. “Currently, we are paying a very high price in terms of lives lost and burden placed on future health cost resources.”

They conclude, “it is vital to make treatment more accessible for those groups who need it most and address the health inequalities that result from excess premature deaths from HCV-related liver disease in marginalised populations.”
Reference