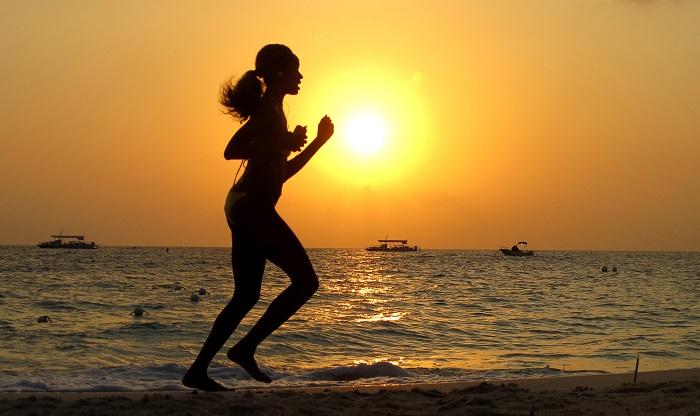 Embarking on an early morning jog before a night of binge drinking may serve as a viable repellant for alcohol-related liver damage, according to new researchpublished in Biomolecules. Results from an animal study, led by researchers at the University of Missouri School of Medicine, found that high metabolism from aerobic exercise could protect against liver conditions associated with heavy drinking.

Excessive alcohol use — more than three or four drinks on an occasion — is responsible for about 88,000 deaths each year, and accounts for one in 10 deaths among adults between the ages of 20 and 64 years old.  Chronic alcohol drinking can lead to a series of health problems, including fatty liver disease, cirrhosisand cancer. Alcoholic liver disease is the third leading preventable cause of death in the United States accounting for 79,000 deaths annually, according to the Centers for Disease Control and Prevention.

“Excessive alcohol consumption is one of the most common causes of chronic liver failure,” Jamal Ibdah, lead author of the study, said in a statement. “We know from previous research that chronic and binge drinking causes modifications to protein structures within the liver, resulting in irreversible damage. In our current study we wanted to see whether increased levels of aerobic fitness could prevent alcohol-related liver damage.”

Ibdah and his colleagues used “runner rats,” or rats that have been bred for high activity, to study the links between increased metabolism and alcohol-related liver inflammation and injury. Researchers found that the increased metabolism among runner rats protected their liver against fatty deposits and inflammation. One group of rats was exposed to chronic alcohol use for six weeks and then compared to a second group that was not exposed to alcohol during the same time period.

“As expected, we found that fatty deposits were greater in the livers of the chronic alcohol group,” said Ibdah, professor of medicine, Raymond E. and Vaona H. Peck Chair in Cancer Research at the MU School of Medicine.

Aerobic fitness did not protect against fatty liver disease, but researchers noticed that excessive alcohol use among the runner rats did not cause egregious inflammation. This finding suggests high metabolism from biking and jogging could prevent or delay significant liver injury and systemic metabolic dysfunction that eventually leads to irreversible liver damage.

Researchers also found that, compared to the control group, the runner rats did not show a visible increase in free fatty acids, triglycerides, insulin or glucose in the blood, suggesting that aerobic exercise protects more than just the liver in heavy drinkers. Past research has shown that, for alcoholics, drinking three or more cups of coffee can also undo liver damage.

“This is significant because chronic alcohol ingestion may reduce insulin effectiveness over time, leading to elevated blood insulin and sugar levels,” Ibdah said. “With chronic use, we would expect to see these levels much higher than the control group, yet surprisingly, they were about the same.”

While the findings are promising for people with alcohol-related liver damage, researchers say more research is needed to grasp how increased aerobic fitness provides protection against chronic alcohol use.