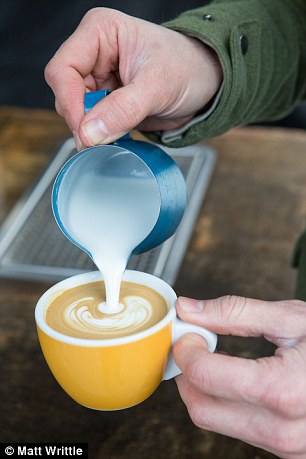 How coffee could be your liver’s savior: Drink shown to protect against a host of deadly diseases

By Ben Spencer Medical Correspondent For The Daily Mail

Drinking coffee protects the liver against a number of diseases, a major report has concluded

Drinking coffee protects the liver against a number of diseases, a major report has concluded.

Until recently, experts warned against having more than a few cups of coffee a day for fear it might cause cancer, but its medical rehabilitation is well under way.

Last week the World Health Organisation withdrew its previous warnings on the link between coffee and bladder cancer, and instead said the drink could, in fact, help protect against certain cancers that affect the womb and liver.

The British Liver Trust today adds to the growing weight of evidence around the health benefits of drinking coffee, publishing an 83-page report summarising all existing research on the subject.

It concludes that coffee protects against fatty liver disease, liver fibrosis and liver cirrhosis – all severe conditions which can be fatal.

And for those who already have liver disease, drinking coffee can slow its progression.

Professor Graeme Alexander, a liver expert at Cambridge University Hospitals, said: ‘At last, physicians have found a lifestyle habit that is good for your liver.

‘The evidence in this report shows that drinking coffee can protect you from developing liver disease and, in addition, reduces the risk of progressive disease for those already affected.

‘We have an epidemic of liver disease in the UK and the numbers affected are growing at an alarming rate.’

Liver disease is the third biggest cause of premature death in the UK, and one of the fastest growing – the rate of death has increased by almost 500 per cent since 1970.

Non-alcoholic fatty liver disease – which is usually associated with being overweight – was until recently considered rare. But modern sedentary lifestyles and poor diets means an estimated one in five people in the UK are now in the early stages of the disease, which can eventually lead to life-threatening cirrhosis, a condition more commonly associated with alcoholism.

Recent research, however, has suggested that drinking around six espressos, or three large cappuccinos, each day could ward off non-alcoholic fatty liver disease, even among the obese.

Other major causes of liver problems include blood-borne viruses – such as hepatitis A, B and C – which can cause permanent liver damage and increase the risk of liver cancer.

The World Health Organisation, which published its report in the Lancet Oncology medical journal last week, found that the risk of liver cancer decreases 15 per cent for each cup of coffee per day.

The British Liver Trust today adds to the growing weight of evidence around the health benefits of drinking coffee, publishing an 83-page report summarising all existing research on the subject. It concludes that coffee protects against fatty liver disease, liver fibrosis and liver cirrhosis – all severe conditions which can be fatal

Experts are not certain why coffee seems to have such a protective impact on the liver, but there is growing evidence that when caffeine enters the body, one of the molecules it is broken down into – paraxanthine – may slow the growth of tissues that damage the liver.

Two other substances in coffee – kahweol and cafestol – are also thought to play a role.

He said: ‘Although the liver is remarkably resilient and can regenerate if given time to recover, by the time most people have signs and symptoms of liver damage it is often irreversible.

‘It’s known as a silent killer because it has few symptoms. Three-quarters of people already have late-stage liver disease when they are first diagnosed – by this time, for many, it is too late.’

The European Food Safety Authority advises drinking no more than 400mg of caffeine a day – the equivalent of five espressos.

Posted in Cirrhosis, Fatty Liver and Nash, In The News, Living With Liver Disease, Looking After Your Liver and tagged caffeine, coffee, diet
← Federal Standard May Be Thwarting Some Liver Transplant PatientsNow There Are Many (Stages) →