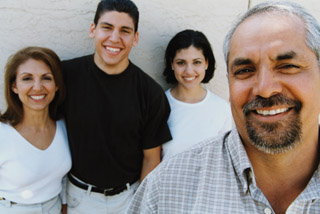 Fatty liver disease is becoming the number one reason for liver transplants in the U. S.

Liver disease numbers are skyrocketing in the United States despite amazing gains in the ability to treat hepatitis C and other chronic liver conditions, and Hispanics are among those in the highest risk group when it comes to this medical condition.

Experts say it is becoming one of the main reasons people need liver transplants in the U.S. According to the latest data, 10 percent of children and 20 percent of adults have fatty liver disease. There are an estimated 5 million people living with the most advanced for of this condition, known as nonalcoholic steatohepatitis, or NASH.

“This is the face of liver disease in the United States,” said Dr. Shahid M. Malik of the Center for Liver Diseases, as reported by the New York Times. “If you’re at any liver transplant center in the country, there’s no doubt that this is a big problem.”

Hispanics have long been known as a group considered high-risk for fatty liver disease, not only because they have higher numbers of obesity and tend to have unhealthier eating habits, but also because they often carry a variant of a gene, known as PNPLA3, that drives the liver to aggressively produce and store triglycerides, a type of fat. This genetic variant is twice as common among Hispanics compared to non-Hispanic whites and African Americans.

“We don’t know, but some of the research has shown there may be early exposures in pregnancy or diet exposures that could be helping to drive this,” she said.

SEE ALSO: Texas has the highest rates of Hispanics with liver cancer

What medical professionals do know is that obesity seems to drive the disease and cause it to progress despite the unknown factors that still surround the condition. Continual weight gain is the path to NASH, indicate experts, and at the moment there is no pill or medication that can treat someone diagnosed with fatty liver disease.

“A lot of times when I see a patient with fatty liver,” said Malik, “the first thing out of their mouth is, ‘Well, is there a pill for this?’ And there’s not. There just isn’t. You have to make lifestyle changes, and that’s a much more difficult pill for people to swallow.”

Posted in Fatty Liver and Nash, In The News and tagged fatty liver, FLD, hispanic, nash
← Texas has the highest rates of Hispanics with liver cancerRole of Nutrition in the Management of Hepatic Encephalopathy in End-Stage Liver Failure →