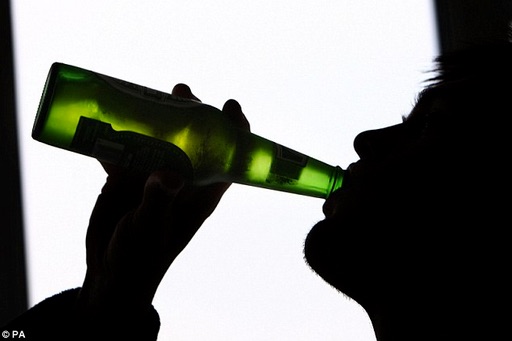 I pity Charles Kennedy – but being alcoholic is NOT a disease

By Dr Max Pemberton For The Daily Mail Within the medical profession, the idea that alcoholism is a disease is highly contentious. Above, Charles Kennedy, who died after battling alcoholism

Amid all the well-deserved tributes to Charles Kennedy this week, I noticed a common theme.

As people fell over each other to show how ‘right on’ and understanding they were, it seemed de rigueur to prefix every mention of his alcoholism with the word ‘disease’ or ‘illness’.

Actually, within the medical profession, the idea that alcoholism is a disease is highly contentious.

The so-called ‘disease model’ of addiction first began being widely promoted in the late 1990s. It started in America and some have argued that the motivation was to ensure health insurers couldn’t wriggle out of funding treatment.

It soon took hold over here.

Supporters argued that, although the use of alcohol was voluntary to start with, in some individuals it ‘flicked a switch’ in the brain that meant they could no longer stop.

But is this right? A recent article in the medical journal Lancet Psychiatry looked at years of research into addiction — including brain scans and studies into whether it can be passed down through genes.

The authors concluded that the evidence doesn’t stack up.

They also challenged the idea that the disease model represents the consensus view among experts. In fact, many doctors — myself included — reject it.

That’s not to say that alcoholism doesn’t need treatment or that those suffering from it don’t need help, sympathy and support. Of course they do.

M y problem with viewing alcoholism as a disease is that it doesn’t help the alcoholic. I’ve spent years working with people who use drugs and alcohol. What always strikes me is that drinking is an attempt to blot out intense emotional pain and psychological distress.

In other words, people choose to drink alcohol.

It is an active decision they make each day in a disastrously botched attempt to deal with terrible personal problems. Pretending otherwise stops them seeing they can choose a different path. You can show compassion for people struggling with alcohol dependence — as doctors and nurses working in this area do — without undermining their sense of personal responsibility. Picture posed by model

Recovering from alcoholism is all about taking responsibility and realising you are the architect of your own misery.

This is overwhelming scary at first. But, over time, it is incredibly liberating to realise that, while you are the cause of the despair you’re experiencing, you can also be your own salvation. The term ‘disease’ disempowers the individual. It suggests they are impotent in the face of their dependency, when actually they are the only one who can do anything about it.

It’s obvious, really. There is an element of choice in addiction that is not afforded to people with multiple scelerosis or cancer or cerebral palsy.

That’s not to say that this choice is necessarily easy or straightforward. But it is a choice nonetheless.

What’s interesting is that although there is a vocal group of people pushing for alcohol addiction to be called a disease, we rarely hear the same about drug abuse. No one talks about ‘this cruel disease of heroin addiction’.

Why not? The disease model communicates sympathy and understanding — qualities we’re quicker to offer middle-class drinkers than working-class kids with needles in their arms. It says to people: don’t worry, we’re not judging you, we know how hard this is for you.

This is why the disease model is championed by so many of the liberal elite — it’s a way they can show each other how caring and sympathetic they are. It makes them feel better about themselves.

Similarly, this is why people are wary of publicly challenging the idea — because they are fearful of being branded cold-hearted.

But I think you can show compassion for people struggling with alcohol dependence — as doctors and nurses working in this area do — without undermining their sense of personal responsibility.

Among all the alcoholics I’ve worked with, the only ones who have successfully conquered their addiction are those who have refused to hide behind the victimhood of saying that they have a disease.

But why do we have to pretend it’s something it’s not?

Posted in Alcoholism, In The News and tagged alcohol, alcoholism, disease
← Can Hep C Be Cured in Just Six Weeks?Marijuana After Clearing Hepatitis C →