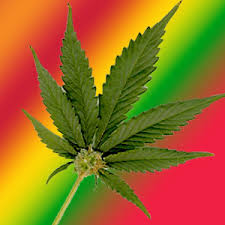 Is it safe to use marijuana after successfully clearing the Hepatitis C virus?

Thanks to the new antiviral medications now available, more people than ever have been lucky enough to clear their body of the Hepatitis C virus. Although such an achievement demands celebration, many are unsure what being cured of Hepatitis C means to the health of their liver – including whether or not they can use marijuana safely.

Obvious detriments to the liver, such as alcohol, are highly cautioned against after clearing Hepatitis C. Nonetheless, the effect on liver health is not clear for every substance. Regardless of its legality or use for medicinal purposes, marijuana is a popular drug among people of all age groups. Unfortunately, the impact marijuana has on liver health occupies a gray area – making those who have cleared Hepatitis C unsure of its potential effect on their liver.

Any harm incurred to the liver from Hepatitis C infection may leave this organ at a disadvantage; thus taking care of the liver is important even after being cleared of this virus.

The ideal outcome for Hepatitis C treatment is to have a sustained viral response (SVR). This means that Hepatitis C is not detectable in the blood for at least six months after the last treatment dose. Studies report that once patients achieve SVR, they have a 99.2 to 100 percent chance of remaining free of the virus. If it does return, experts believe it is due to Hepatitis C re-exposure. Because of this small amount of uncertainty, many avoid using the word cure.

Regaining liver health, and wellness in general, is of great concern for those who have achieved SVR. Before successfully completing Hepatitis C treatment, the liver may have been damaged by the virus. For some, this damage is reversible – but for others, there may be permanent liver injury. Thus, taking extra special care of the liver once the virus has cleared is a top priority for those who finally test Hepatitis C negative.

Marijuana Is a Source of Controversy

Marijuana’s impact on liver health remains largely unknown. Marijuana has an interesting history of medicinal and recreational use, and is a source of great controversy. Its legality aside, the controversy extends into its benefit or detriment to the liver:

The four studies briefly described above confirm the controversy; there is no definitive understanding of marijuana’s impact on the liver.

Side Effects of Using Marijuana

Some healthcare professionals believe that if marijuana is harmful to the liver, the effects are likely mild – especially with occasional use. The most common side effects of marijuana use, inactivity and excessive food cravings, could be more harmful to the liver than the drug itself. Thus, eating a healthy diet (even when plagued by the munchies) and exercising regularly will go a long way in preventing fat from causing liver inflammation and depressing the immune system. In addition, those using marijuana for medical reasons may be receiving benefits that outweigh the controversial potential for liver risk.

Rarely is a drug totally safe, especially when it comes to a compromised liver. Marijuana is no exception. It seems likely that heavy marijuana use can aggravate liver injury and lower immunity. However, there are substances that are much more hazardous to the liver’s health (like alcohol) than occasional and responsible marijuana usage.

Editor’s Note: The conclusion stated above does not condone any illegal activity. Concerns about what is safe and acceptable for each individual should always be discussed first with a primary healthcare provider.

Posted in Ad-Hoc Articles, Hepatitis, In The News, Looking After Your Liver
← Alcoholism is NOT a diseaseSue's Transplant Blog →