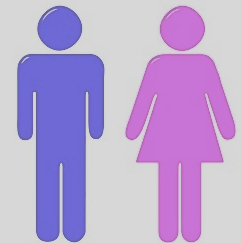 Although the virus itself does not discriminate against gender, these seven differences between men and women with Hepatitis C are worth reviewing.

First discovered as a contagious virus in 1989, Hepatitis C currently infects an estimated four million Americans. While this highly transmissible virus does not discriminate against sexuality, age or race, there are some factors contributing to Hepatitis C’s slightly different impact on men and women.

More people die annually with Hepatitis C than HIV, the virus that causes AIDS; but Hepatitis C education pales in comparison. Increased public health efforts have steadily improved Hepatitis C awareness, but most experts agree we still have a far way to go.

Learning about some of the different issues attributed to Hepatitis C and gender does not change the fact that Hepatitis C is a highly contagious, blood-borne virus. If infected blood makes contact with the blood of someone who is not infected, both men and women are susceptible to chronic Hepatitis C infection – regardless of their gender. However, variations between how the virus impacts the sexes could lend some insight to future treatment, prevention and research efforts.

Developing Cirrhosis – According to the U.S. Centers for Disease Control and Prevention, scarring of the liver (cirrhosis) occurs in 5 to 20 percent of people with chronic Hepatitis C. However, women seem to be more protected against liver cirrhosis than men. According to a 20 year multi-center German study published in the journal Hepatology in July 2000, only .004 percent of the 1,018 women studied developed cirrhosis. Experts believe that the female hormone estrogen protects women from liver damage – making them less susceptible to cirrhosis. If this is the case, the protective effect may diminish after menopause, when women’s bodies produce less estrogen.

Intravenous Drug Use with a Sexual Partner – Although there are many ways of being exposed to a blood-borne virus, sharing intravenous drug needles is the easiest way to transmit Hepatitis C. According to a study published nearly ten years ago in the journal Emerging Infectious Diseases, researchers found that women are more likely to share needles or start using intravenous drugs with a sexual partner than men are.

Cesareans Over 22 Years Ago – Because it can be asymptomatic for 20 to 30 years or more, many people remain unaware that they have Hepatitis C. Before 1992 when testing for Hepatitis C began, this virus was often contracted via blood transfusions. In the 1970s and 1980s, before Hepatitis C was identified, women often received blood transfusions when they underwent Cesarean delivery (C-section) – and some were unaware that they received donated blood. Thus, experts suggest that women who had a C-section before 1992 be tested for Hepatitis C.

Ribavirin and Anemia – Although many new Hepatitis C drugs are in the development pipeline, all medications create side effects. One medication frequently used in combination with others to treat Hepatitis C is ribavirin. Anemia (low red blood cell count) is a serious and common side effect of ribavirin. Because women lose blood each month through menstruation, they are more likely than men to develop anemia; thus, menstruating women on ribavirin should have their blood cell levels monitored regularly.

With an estimated four million Americans living with chronic Hepatitis C, improved public education efforts are in demand. Although blood-to-blood contact poses a Hepatitis C infection risk to anyone, the seven circumstances listed above demonstrate slight differences in how the Hepatitis C virus impacts woman and men.