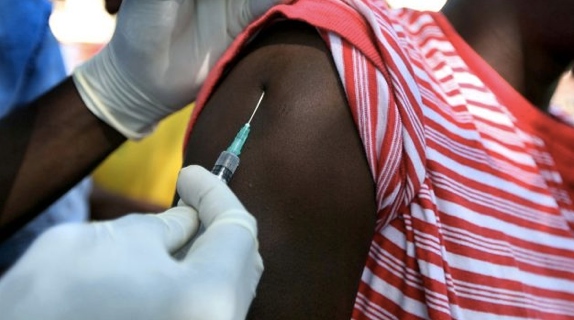 The epidemic levels of Hepatitis C virus (HCV) prevalence in Africa is considered one of the most serious health challenges facing African nations by the World Health Organization (WHO). According to Dr. Peter Beyer, Essential Medicines Advisor at WHO, the greatest challenges to fighting HCV in Africa are drug access and affordability. HCV is four times more contagious than HIV and, along with Hepatitis B, poses substantial public health risk because chronic infection can lead to liver cirrhosis and liver cancer, the most common cause of liver-related deaths in Africa.

Hepatitis C is a blood-borne virus that is transmitted through exposure to previously contaminated blood. In remote hospitals and care stations, inadequately sterilized syringes and needles and the sharing of injection equipment lead often to HCV infections. Injected drug use outside hospital settings, contaminated body piercing and tattooing needles have also contributed to the epidemic. HCV can be transmitted sexually, though rarely, but not through breast milk, water, food or by hugging and kissing. Once infected, the person can go up to 30 years without noticing symptoms, a fact which makes combating its spread difficult in remote areas. Most often, patients arrive at hospitals and care stations with acute symptoms when treatment options are most limited.

The high HCV infection rate in Egypt has long been a concern for Egyptian health organizations. The high prevalence rate of HCV in Egypt is due to unsanitary treatment campaigns for epidemic levels of water-borne schistosmiasis that infected Egyptians in the 1960s and 70s. Vaccine treatments were carried out on millions of people and involved multiple injections, often using disposable syringes which were not properly sanitized. As a result, deaths from liver disease are expected to rise significantly in the next 20 years in Egypt from chronic HCV infections.

Central African nations also suffer some of the highest HCV infection rates in Africa. The African nations of Cameroon and Burundi, with combined populations of over 30 million people, have infection rates of between 11 and 13 percent of the population. Combating infectious diseases in remote villages has proved difficult for international health organizations where screening and treatment options are limited. The WHO plans to help combat the spread of HCV by educating people on the disease, its risks and its prevention. In April, the WHO updated its HCV treatment guidelines which it hopes to disseminate to rural areas in Africa and elsewhere.

Gilead Sciences and Janssen Therapeutics, whose HCV vaccines Sovaldi and Olysio were approved by the U.S. Food and Drug Administration in December, recently captured news headlines with the high cost of treatment for their new vaccines. With the highest prevalence of HCV in the world, Egypt is expected to be hit hardest by its cost. Given the nature of the Hepatitis C epidemic in Africa, international health organizations would welcome an HCV vaccine with a 90 percent success rate, but its high cost is certain to limit its effectiveness.