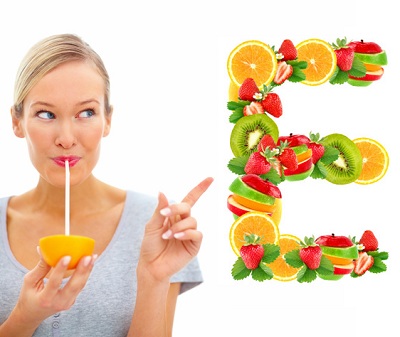 New research on Vitamin E suggests that it could play a role in treating a fatty liver. However, one of Vitamin E’s characteristics does not necessarily make supplementing with it a good choice.

Vitamin E is a fat-soluble vitamin that has been a popular antioxidant for decades. Because of its antioxidant properties, Vitamin E has been a prime candidate for the prevention or treatment of numerous health conditions. However, the scientific community has had little reason to believe in Vitamin E (aside from the rare instance of Vitamin E deficiency) until now.
Recently published in the respected New England Journal of Medicine, researchers have discovered that this vitamin exerts a therapeutic effect on fatty liver disease. But before those with this condition start loading up on Vitamin E, they should know that it is far from harmless.

Nonalcoholic fatty liver disease describes the accumulation of fat in the liver of people who drink little or no alcohol. Estimated to affect up to 25 percent of American adults, nonalcoholic fatty liver disease (NAFLD) often goes unnoticed until it has advanced to a more serious stage. NAFLD describes two conditions; the first is a mild condition, while the second represents its progression to a more severe disease.

1.    Fatty liver, also known as steatosis, is an accumulation of fat in the liver that typically does not cause liver damage.

2.    Nonalcoholic steatohepatitis (NASH) is the accumulation of fat in the liver accompanied by hepatic inflammation. Fibrous tissue can form with NASH, which can progress to cirrhosis or liver cancer.

Because NAFLD can lead to advanced liver disease, the medical community is actively seeking safe ways to prevent this progression.

Antioxidants are suspected to prevent NAFLD progression. This is because antioxidants may reduce liver damage caused by oxidation, a process where unstable oxygen molecules damage cell membranes. To test this belief, researchers from Virginia Commonwealth University conducted a trial on adults with advanced fatty liver disease. Their approach and results were as follows:

Participants were randomly assigned to take a high dose of Vitamin E (800 International Units), the diabetes drug Actos or a placebo for nearly two years.

Biopsies before and after treatment showed that liver function improved the most (43 percent) in the Vitamin E group.

Based on these results, it is easy to conclude that adults with advanced nonalcoholic fatty liver disease can prevent worsening of their condition with Vitamin E supplementation.

Although the study described above appears to suggest that everyone with NAFLD should supplement with Vitamin E, learning more about it clearly debunks that assumption.

Vitamin E is a fat-soluble vitamin that is found in oils, nuts and seeds. In addition to its antioxidant properties, large doses of Vitamin E are known to thin the blood. Thus, an increased risk of bleeding is associated with Vitamin E, particularly in those already taking blood-thinning agents, such as warfarin, heparin or aspirin, and in patients with Vitamin K deficiency.

The Recommended Daily Allowance (RDA) for Vitamin E is about 20 International Units per day. Most individuals in the United States are believed to obtain sufficient Vitamin E from dietary sources, although those with very low-fat diets or intestinal malabsorption disorders may require supplementation.

Obviously, the quantity used in this recent study (800 International Units) far exceeds the RDA for Vitamin E. Because high doses of Vitamin E puts those who are susceptible at risk of a stroke or other dangerous bleeding scenario, amounts over the RDA should always occur under close supervision of a doctor.

This most recent evidence has the potential to make Vitamin E an initial treatment for nonalcoholic steatohepatitis. However, Vitamin E’s safety concerns put this day well into the future – as many more studies will be required to determine if this antioxidant’s benefits outweigh its risks.