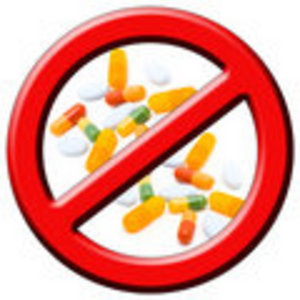 We Americans do love our dietary supplements. More than half of the adult population have taken them to stay healthy, lose weight, gain an edge in sports or in the bedroom, and avoid using prescription drugs. In 2009, we spent $26.7 billion on them, according to the Nutrition Business Journal, a trade publication.

What consumers might not realize, though, is that supplement manufacturers routinely, and legally, sell their products without first having to demonstrate that they are safe and effective. The Food and Drug Administration has not made full use of even the meager authority granted it by the industry–friendly 1994 Dietary Supplement Health and Education Act (DSHEA).

As a result, the supplement marketplace is not as safe as it should be.

• We have identified a dozen supplement ingredients that we think consumers should avoid because of health risks, including cardiovascular, liver, and kidney problems. We found products with those ingredients readily available in stores and online.

• Because of inadequate quality control and inspection, supplements contaminated with heavy metals, pesticides, or prescription drugs have been sold to unsuspecting consumers. And FDA rules covering manufacturing quality don’t apply to the companies that supply herbs, vitamins, and other raw ingredients.

• China, which has repeatedly been caught exporting contaminated products, is a major supplier of raw supplement ingredients. The FDA has yet to inspect a single factory there.

The lack of oversight leaves consumers like John Coolidge, 55, of Signal Mountain, Tenn., vulnerable. He started taking a supplement called Total Body Formula to improve his general health. But instead, he says, beginning in February 2008, he experienced one symptom after another: diarrhea, joint pain, hair loss, lung problems, and fingernails and toenails that fell off. “It just tore me up,” he said.

Eventually, hundreds of other reports of adverse reactions to the product came to the attention of the FDA, which inspected the manufacturer’s facilities and tested the contents of the products. Most of the samples contained more than 200 times the labeled amount of selenium and up to 17 times the recommended intake of chromium, according to the FDA.

In March 2008 the distributor voluntarily recalled the products involved. Coolidge is suing multiple companies for compensatory damages; they have denied the claims in court papers. His nails and hair have grown back, but he said he still suffers from serious breathing problems.

Working with experts from the Natural Medicines Comprehensive Database, an independent research group, we identified a group of ingredients (out of nearly 1,100 in the database) linked to serious adverse events by clinical research or case reports. To come up with our dozen finalists, we also considered factors such as whether the ingredients were effective for their purported uses and how readily available they were to consumers. We then shopped for them online and in stores near our Yonkers, N.Y., headquarters and easily found all of them for sale in June 2010.

The dozen are aconite, bitter orange, chaparral, colloidal silver, coltsfoot,comfrey, country mallow, germanium, greater celandine, kava, lobelia, and yohimbe. The FDA has warned about at least eight of them, some as long ago as 1993.

Why are they still for sale? Two national retailers we contacted about specific supplements said they carried them because the FDA has not banned them. The agency has “the authority to immediately remove them from the market, and we would follow the FDA recommendation,” said a spokeswoman for the Vitamin Shoppe chain.

Most of the products we bought had warning labels, but not all did. A bottle of silver we purchased was labeled “perfectly safe,” with an asterisked note that said the FDA had not evaluated the claim. In fact, the FDA issued a consumer advisory about silver (including colloidal silver) in 2009, with good reason: Sold for its supposed immune system “support,” it can permanently turn skin bluish-gray.

Janis Dowd, 56, of Bartlesville, Okla., says she started taking colloidal silver in 2000 after reading online that it would keep her Lyme disease from returning. She says her skin changed color so gradually that she didn’t notice, but others did. “They kept saying, ‘You look a little blue.’”

Laser treatments have erased almost all the discoloration from Dowd’s face and neck, but she said it’s not feasible to treat the rest of her body.

Under the DSHEA, it is difficult for the FDA to put together strong enough evidence to order products off the market. To date, it has banned only one ingredient, ephedrine alkaloids. That effort dragged on for a decade, during which ephedra weight-loss products were implicated in thousands of adverse events, including deaths. Instead of attempting any more outright bans, the agency issued warnings, detained imported products, and asked companies to recall products it considered unsafe.

Posted in Vits, Mins and Supps and tagged supplements
← Could Vitamin D Be the Missing Ingredient in HCV Therapy?Is Vitamin E Wise for Liver Health? →