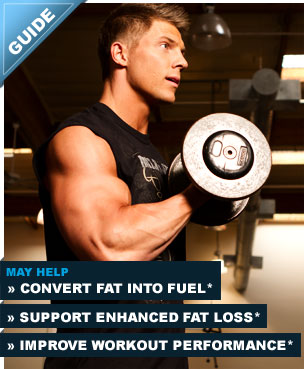 L-Carnitine May Help a Fatty Liver

In conjunction with diet and exercise, learn why a popular, bodybuilding supplement offers hope for those with fatty liver disease.

A supplement that is familiar to professional bodybuilders, L-Carnitine could be an important component in treating a fatty liver. With an estimated one quarter to one third of American adults living with fatty liver disease, solutions for this growing problem are in high demand. Experts do not suggest L-Carnitine to be a standalone approach. Rather, new evidence indicates that when combined with various lifestyle changes, supplementing with L-Carnitine may improve several markers of fatty liver disease.

Produced by the body in the liver and kidneys, L-Carnitine is a nutrient that helps the body turn fat into energy. By transporting fatty acids into the mitochondria, L-Carnitine boosts energy levels, because it stimulates the body’s burning of triglycerides as fuel. These characteristics result in burning fat, increasing energy and improving resistance to muscle fatigue. Not surprisingly, these properties make L-Carnitine a popular supplement with the bodybuilding community – and an ideal way to initiate fatty liver disease regression.

Found naturally in avocados, dairy products and red meat (especially lamb and beef), L-Carnitine is a relatively safe supplement as long as the D form is avoided. Side effects of L-Carnitine are rare and generally mild when staying within recommended dosages. Despite its great safety record, experts at the University of Maryland Medical Center advise people with the following conditions to discuss L-Carnitine supplementation with their physician before taking it:

Fatty liver refers to the infiltration of triglycerides and other fats into the liver cells, causing abnormal liver tests, inflammation and possible permanent liver damage. The early stages of fatty liver disease usually do not produce any symptoms, although some may have fatigue or a dull pain in the right upper abdomen. If detected early enough, it is possible to reverse a fatty liver. However, if not addressed swiftly, fatty liver disease could cause irreparable liver harm.

Despite its association with obesity, even a small amount of excess body fat can increase the fat stored in the liver. If the amount of fat exceeds what the body needs, abnormal fat accumulations may develop in the liver, causing an increase in liver enzymes and inflammation. Relentless inflammation can cause scarring and hardening of the liver (cirrhosis) – both of which may decrease liver function.

When not caused by drinking alcohol, there are two main types of fatty liver disease:

1.    Steatosis – Excessive fat in the liver without inflammation. This is the mildest stage of fatty liver disease and is considered to be reversible.

2.    Non-alcoholic steatohepatitis (NASH) – Excessive fat in the liver that has ignited inflammation and led to scarring in the liver. In some cases, NASH can progress to cirrhosis (which is considered to be irreversible liver damage) or liver cancer.

Even though obesity is a major contributor to fatty liver disease, there are many other causes, including the Hepatitis C virus, Wilson’s disease, alcoholism, certain medications, chemical compounds, poor nutrition, hyperlipidemia and endocrine disorders. While help for a fatty liver revolves around identifying and treating its cause, no treatment has been conclusively shown to improve NASH or prevent fatty liver disease progression.

As published in the June 2010 edition of the American Journal of Gastroenterology, Italian researchers claim that L-Carnitine supplements can improve liver function, liver histology and other manifestations of non-alcoholic steatohepatitis.

In a double-blind study, Dr. Malaguarnera and colleagues randomized 74 patients with NASH to receive either L-Carnitine (a 1 gram tablet after breakfast and another after dinner) or placebo for 24 weeks. All participants were put on a 1,600-calorie/day diet and a whole-body stretching routine performed three times a week. At the end of the study, those taking the L-Carnitine supplements had considerable improvements in their liver function, glucose plasma level, lipid profile and liver histology. The authors concluded that L-Carnitine and lifestyle changes, including weight loss and exercise, represent viable therapeutic options in NASH.

While more trials must be conducted before physicians will routinely advocate L-Carnitine supplements for their patients with fatty liver disease, the evidence thus far looks good. If it is warranted, those with steatosis or NASH are encouraged to participate in a regular diet and exercise program. In addition, those wanting to improve a fatty liver naturally may wish to consult with their physician about supplementing with L-Carnitine – a nutrient that could change the way non-alcoholic steatohepatitis is treated.