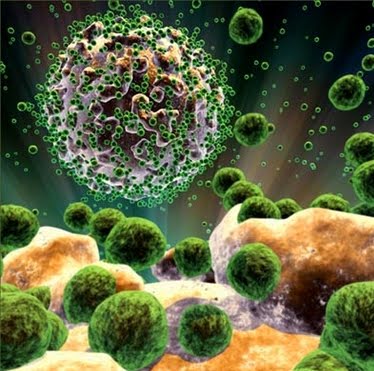 Alcoholic hepatitis is a major cause of morbidity and mortality worldwide. Severe alcohol-related liver disease carries a poor prognosis. Several research studies have worked to find a successful treatment for alcoholic hepatitis, but no consensus has been reached on the most effective treatment regimen.

In this placebo-controlled clinical trial, Mayo researchers collaborated with seven other medical centers to enroll 48 patients with moderate to severe alcoholic hepatitis. Patients were either given a placebo or etanercept, a compound which blocks the effects of toxic cytokines. Etanercept is approved for treatment of inflammatory arthritis and is under investigation for effectiveness in treating other inflammatory conditions.

Research results found a significantly higher rate of six-month mortality in patients with moderate to severe alcoholic hepatitis who received etanercept. The six-month mortality rate was more than double that of the placebo group. The major cause was an increased rate of infections.

“Etanercept therapy showed promise in our animal models, but was not effective in treatment of patients with alcoholic hepatitis. A few possible causes of increased late mortality rate may relate to impaired liver regeneration, and another is the effects of etanercept on immune function,” says Dr. Shah.

Liver disease complications from alcohol are typically severe and difficult to treat, which further emphasizes the importance of not drinking too much.

“Despite awareness of hepatitis C and non-alcoholic fatty liver syndrome, our recent studies show that alcoholic liver disease is still the major cause of liver disease and liver-related death,” says Dr. Shah. “Our Mayo Clinic research team will continue to examine other avenues of treatment for alcoholic hepatitis patients — including examining other anti-inflammatory proteins for study purposes.”

Complete abstinence from alcohol is the single most important treatment for alcoholic hepatitis. It’s the only way to reverse liver damage or, in more advanced cases, to reduce the chance that the disease will become worse. Without abstinence, the majority of people with alcoholic hepatitis eventually develop cirrhosis and die, says Dr. Shah.

Posted in Alcoholic Liver Disease and tagged alcohol, treatment
← How Should Acute Alcoholic Hepatitis be Treated?Symptoms of Liver Failure from Alcohol →