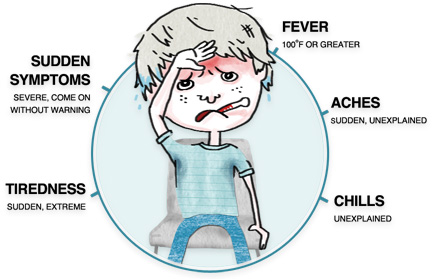 Symptoms of Liver Failure from Alcohol

If you have been involved in heavy drinking for many years, it’s high time to go through various symptoms of liver failure from alcohol so that you can be aware of your medical health, should the worst case scenario of liver failure hits you sooner or later.

The largest gland and second largest organ of our body, the Liver is one of the worst victims of alcohol abuse. Drinking too much alcohol leads to some irreparable loss to a normal healthy liver.

Being a relatively bigger organ in our body, initial inflammation or scarring of liver will not be noticed by the body itself.

However, the sad part is symptoms of liver failure only become prominent in the last stages of acute liver failure and by that time, the damage has already been done.

Symptoms of Liver Disease Due to Alcohol

Alcohol abuse results in three main liver diseases and mind you, these are some severe liver complications namely – fatty liver, hepatitis, and liver cirrhosis. Before these advanced stage complications occur, following can be some of the vague symptoms of liver failure that you must not ignore.

You’re gradually feeling that your appetite is becoming less with every passing day. Loss of appetite directly indicates some issues in your digestive system.
Frequent episodes of lethargy, fatigue and a general feeling of poor health.
When you wake up every morning, you feel nauseated, unhealthy and these feelings are often accompanied by vomiting and diarrhea.
Liver pain that you’ve been ignoring for long can be a hint towards some problems. The liver is located in the upper right part of our abdomen. To see if you experience liver pain, just put your right hand over the lower right hand side of the ribs. This will cover your entire liver area. If you feel pain after gentle or little hard pressing, it is again a hint towards liver damage.
Even if liver pain is not frequent, severe abdominal pain can be a hint towards possible liver damage.

If these vague symptoms occur periodically, it means your liver is still not damaged completely and it is still fighting to protect your body. You must not delay in scheduling an appointment with a doctor if the above symptoms of liver failure from alcohol have been experienced by you.

While these symptoms of liver damage from alcohol may be vague, some more serious symptoms that you have been experiencing from few days to few weeks can be a signal towards more damage of the liver. These are as follows:

Yellow skin (highly possible, a case of jaundice) and yellow eyes indicate that your health is deteriorating due to internal liver problems.
Occasional episodes of blood vomiting (called as haematemesis).
An abrupt change in stool color (dark black & tarry stools) indicates your digestion and detoxification of wastes functioning have been impaired. Indirectly, it signifies alcoholic liver disease symptoms.
Weight loss that has been consistent for a relatively long period (few weeks).
Loss in concentration and focus especially episodes of memory loss. There could be abrupt personality changes in a heavy drunker.

The above symptoms of liver failure from alcohol are combined symptoms of all the three alcoholic liver diseases that have been stated earlier viz., hepatitis, liver cirrhosis and fatty liver disease. Immediate medical intervention is absolutely essential to decrease the further damage of liver in any of these diseases.

Moreover, alcohol consumption must be stopped completely. The doctor will conduct blood tests, ultrasound scan and liver biopsy tests to know the extent of your liver damage. Depending on the severity of your alcoholic liver disease, your treatment plans will be chalked out.

If you’re still not experiencing acute liver failure symptoms, as mentioned above, it is in your best interest to fight alcohol addiction and quit drinking.

Remember, you’re not alone in this journey and you’ve got support of doctors, experts, family members, friends and rehab centers. Exercise your will to beat this deadly habit. You can avoid these symptoms of liver failure from alcohol if you put a check on your drinking habits as early as possible.

Drink but ensure it is in limits and don’t make alcohol your staple diet, else just after 10 years of heavy drinking, you’ll have to face some life threatening consequences. The choice is always is yours. Choose to stay healthy.