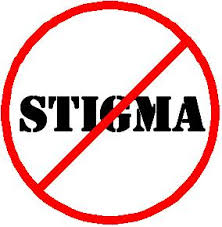 Many people associate the word “cirrhosis” with alcoholism. But not all forms of the condition are caused by excessive drinking, as Diana Gurr would like to point out.

The 52-year-old from Beacon Heath, Exeter, suffers from primary biliary cirrhosis, a rare, chronic, liver disease, with no known cause.

Cirrhosis, which means damage and scarring of the liver, can occur for a number of different reasons. And Diana said people with PBC have enough to cope with without people assuming they are alcoholics.

“I’d like to shoot the myth in the foot that it’s alcohol related.”

In fact, both Diana’s parents are teetotal, and she drank very little alcohol even before discovering she was ill. “Alcohol is not something in my repertoire,” she said. “I don’t drink very much. I have the odd glass of wine, but find it easier not to drink. I really don’t like it and my body doesn’t process it well.”

Diana was diagnosed with PBC, which occurs when the bile ducts in the liver are attacked by the body’s own immune system, in 1999. Hoping to become a teacher, she was studying for a postgraduate certificate in education. But, during the summer holidays, she felt unnaturally tired.

“I obviously did not feel feel well,” she said. “I went backwards and forwards to my doctor.”

“I was beginning to think it was something in my mind,” she said, “Then I happened to have a new doctor and she happened to be working with a specialist at the hospital. She gave him my notes, he organised a blood test and it showed it up.”

Because the disease is so rare, Diana was diagnosed unusually soon. “It was purely by chance,” she said. “It’s not something they go looking for.

“Quite often, people wait a very long time. Because it’s so rare, it’s something that does go undiagnosed. A lot of people actually have it and don’t realise they have it. Women who are 40 and over get it, so it is put down to other things before it is diagnosed.”

At first, Diana struggled to come to terms with the fact that she had the condition. “It was a bit of a shock when I was told I had something incurable,” she said. “My doctor saw I was not coping with it and I went to see a counsellor; it just helps you to get through the worst of it and have a more positive attitude.”

Nine years on, Diana is coping much better. “I have learnt to live with it,” she said. “I don’t feel quite so bad as I did. I have worked really hard to be fit and healthy as a result. I don’t have a lot of symptoms.”

The disease has a range of possible symptoms, which can include an itch, caused by bile entering the bloodstream, jaundice – yellowing of the eyes and skin – and painful joints.

Diana said: “Usually people with PBC have high cholesterol as well, as the liver is the part of the body that breaks down food. We can’t eat a very high-fat diet because you’re not getting rid of fat if your bile ducts don’t work properly.”

Despite its name, not all sufferers of PBC develop cirrhosis. But a few develop it in the final stages, at which point, they may need a liver transplant.

Diana said: “The transplant is very successful. I have met four ladies with transplants and they look fantastic. PBC can come back even after the liver transplant, but it is not as bad the second time round.”

Diana belongs to a support group called the PBC Foundation. Local members of the group meet every three months; recent meetings have been held at Saltram House in Plympton.

Diana said: “We know about 50 people in Devon with PBC. The best part is you meet a whole group of other women who also have it. If you talked about how you felt, they would know exactly what you meant.

“We have a coffee and a chat and might have a speaker in. I find that I get a lot out of supporting other people. I help them and they help me.”

Diana takes a drug containing ursodeoxycholic acid, a bile salt, to help keep her symptoms under control. But she still feels fatigued sometimes.

“It depends on what I have done,” she said. “One of the irritating things about the disease is you don’t sleep terribly well. The liver is active between midnight and one in the morning, so you wake up and can’t get back to sleep.

“But I can sleep in the afternoon. I try and time everything around it.”

Her condition means Diana is not working at the moment and, when she does, she works part-time. Some people with the disease do feel able to work.

Diana said: “A lot of people do; it depends on the diagnosis. I know one lady who runs a very busy pub. She gets very tired, but her family understand.”