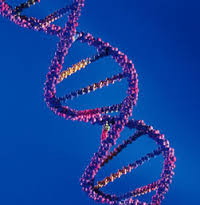 Researchers have provided new clues into the genetics underlying a chronic form of liver disease, called primary biliary cirrhosis, which can lead to transplant surgery for patients. The new study identifies 15 genetic regions that affect a person’s risk of developing the disease, more than trebling the number of known genetic regions, which now stands at 22.

The study was based on the genomes of 2,500 patients with primary biliary cirrhosis and more than 7,500 apparently healthy people. The results are the first to emerge from the Wellcome Trust Case Control Consortium 3 (WTCCC3) project, a collaboration of UK scientists and clinicians, which aims to unravel the role of genetic variation in several human diseases. The findings suggest that several key immune processes underlie susceptibility to primary biliary cirrhosis (PBC).

Patients with primary biliary cirrhosis suffer irritation and swelling of the bile ducts of the liver – blocking the flow of bile, which normally aids digestion. The obstruction damages liver cells and leads to scarring, known as cirrhosis. Primary biliary cirrhosis is thought to affect approximately 35 out of every 100,000 adults, but that rate almost trebles to 95 out of 100,000 in women over the age of 45. As there are no proven treatments available, the majority of patients will require a liver transplant.

The specific biological pathways underlying primary biliary cirrhosis are poorly understood although autoimmunity, where the body attacks its own cells, is known to play a significant role.

“To gain an insight into the causes of primary biliary cirrhosis we compared genetic data from patients and healthy volunteers and found 22 regions of the genome that differed significantly, 15 of which had not previously been identified,” says Dr Carl Anderson, from the Wellcome Trust Sanger Institute and one of the senior authors on the paper. “By scrutinizing the genes within these regions we were able to identify biological pathways that appear to underpin the disease, thus prioritising these for future research and highlighting their potential for therapeutic intervention.”

“This study is a key first step in our efforts to unravel the biological complexity of primary biliary cirrhosis and further research building on these results is already underway.”

The team found that many of the 15 new regions contain genes involved in regulation of the immune system, with three immune pathways particularly prominent. One of these, called the NF-кB pathway, had not previously been associated with primary biliary cirrhosis although it had been implicated in other autoimmune and inflammatory diseases such as rheumatoid arthritis, multiple sclerosis and asthma. In total, five of the identified genomic regions are thought to play a role in this pathway and further work is being planned to elucidate how genetic mutations in these regions cause primary biliary cirrhosis and other related diseases.

“For clinicians involved in the management of primary biliary cirrhosis, this study is exciting because it provides new and meaningful insight into the biological origins of this condition,” says Dr George Mells, from the Academic Department of Medical Genetics at the University of Cambridge and a first author on the study. “This will undoubtedly inform the development of more effective treatments, designed to target the biological pathways involved in causing the disease. The study is also a triumph of collaboration. Every NHS Trust in the UK was involved in recruitment of patients and the patient community itself was mobilised by efforts from the PBC Foundation.

This research contributes to the growing body of evidence that suggests there are many genetic risk factors that are shared between autoimmune diseases. Of the 22 regions identified in this study of primary biliary cirrhosis, 12 have previously been associated with other autoimmune disorders such as type-1 diabetes, multiple sclerosis and psoriasis. Working out how these shared pathways interact with those that, at this moment in time, appear to be unique to primary biliary cirrhosis is likely to lead to important therapeutic breakthroughs.

“The publication of this paper is no routine academic matter for people with primary biliary cirrhosis,” says Collette Thain, MBE, Chief Executive of the PBC Foundation. “For us, it means hope – one step towards understanding how best to treat and cure. It is a testament to the perseverance and ingenuity of all the scientists who worked on this project. But because this was a collaborative project, part funded by the PBC Foundation and directly involving patients, it is also an example of how people with conditions like primary biliary cirrhosis can work together with scientists and physicians to find solutions.

“As a sufferer myself, it is hard to put into words what an exciting breakthrough like this means to me and all the other people with primary biliary cirrhosis. Research like this brings a brighter tomorrow ever closer.”

The research was carried out as part of the WTCCC3 project, which aims to perform genome-wide association studies in primary biliary cirrhosis, anorexia nervosa, pre-eclampsia in UK subjects, and the interactions between donor and recipient DNA related to early and late renal transplant dysfunction. The WTCCC3 will also carry out a pilot in a study of the genetics of host control of HIV-1 infection.