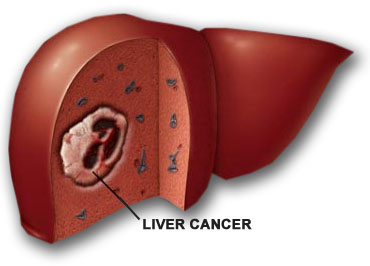 A study conducted by researchers at the Cleveland Clinic finds that patients suffering from cirrhosis preceded by nonalcoholic steatohepatitis are at an equal risk of developing hepatocellular carcinoma than those who develop cirrhosis resulting from hepatitis C virus (HCV). Results of this study appear in the June issue of Hepatology, a journal published by Wiley-Blackwell on behalf of the American Association for the Study of Liver Diseases (AASLD).

The incidence of hepatocellular carcinoma (HCC) doubled in the United States between 1983 and 2002. It is currently considered the third leading cause of cancer deaths. The increasing incidence of HCC parallels the obesity epidemic. An estimated two-thirds of obese people have some form of fatty liver, including nonalcoholic steatohepatitis (NASH), which can progress to cirrhosis and subsequently HCC. According to the National Institute of Diabetes and Digestive and Kidney Diseases (NIDDK), NASH affects 2% to 5% of Americans and ranks as one of the major causes of cirrhosis in the U.S., behind HCV and alcoholic liver disease.

The Cleveland Clinic team, led by Nizar N. Zein, M.D., evaluated a total of 510 patients, 315 with liver cirrhosis secondary to chronic HCV infection and 195 with NASH-induced cirrhosis, to compare the incidence of NASH-cirrhosis to HCV-cirrhosis, and to identify HCC risk factors in each group. Over a median follow-up time of 3.2 years after cirrhosis diagnosis, the yearly cumulative incidence of HCC was 2.6% per year in patients with NASH-cirrhosis compared to 4.0% per year in those with HCV-cirrhosis. These figures suggest that NASH carries a risk of HCC that rivals the risk in patients with HCV-cirrhosis.

Results indicate three factors that are statistically significant in the development of HCC within the NASH-cirrhosis group. An older age at time of cirrhosis diagnosis and a higher BMI were negatively associated with the development of HCC. Among the NASH population, researchers found that patients who reported any lifetime alcohol consumption were 3.6 times more likely to develop HCC than those who had no exposure to alcohol.

“The most significant factor recognized in this study was that of alcohol intake,” said Dr. Zein. “Our study supports emerging data that alcohol intake, even in ‘social’ quantities, may potentially increase the risk of HCC development in NASH- and HCV-cirrhotic patients compared with non-drinkers.”

The Cleveland Clinic study established that NASH-induced cirrhosis is a much greater risk factor for HCC than previously thought. A related study offers an explanation as to why NASH often progresses to liver cancer.

Earlier studies from the Duke group and other researchers have demonstrated that the livers of animals and humans with mild forms of nonalcoholic fatty liver disease (NAFLD) were relatively depleted of NKT cells and Th1 cytokines were abundant. In the current study, Anna Mae Diehl, M.D., and colleagues examined the possibility that excessive accumulation of NKT cells in the liver would tip the cytokine balance in the opposite direction, resulting in liver fibrosis.

Results showed that the Hedgehog (Hh) pathway became activated and NKT cells accumulated excessively in the livers of wild type mice that developed NASH-related liver fibrosis. “Hh pathway activation leads to hepatic enrichment with NKT cells that contribute to fibrosis progression in NASH,” concluded Dr. Diehl. “Our study proves that activation of liver NKT cells generates soluble factors that promote fibrogenesis via a mechanism involving myofibroblastic activation of hepatic stellate cells. Because these results identify novel immune-mediated mechanisms that contribute to fibrosis progression in NASH, the findings have potential clinical implications for one of the most common types of chronic liver injury.”