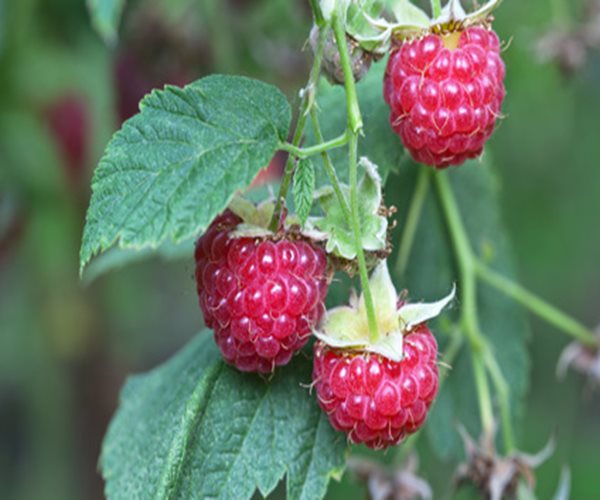 A flurry of studies recently released at the 2016 Experimental Biology conference in San Diego points to raspberries as a superfood. In general, the studies found that red raspberries have multiple health benefits ranging from fighting inflammation and boosting cardiovascular and liver function to keeping glucose levels in check. Here are the highlights:

Cardiovascular: Research from the University of Michigan studied the effects of a raspberry-rich diet on cardiac risk factors in mice. Rats prone to obesity were fed a high-fat diet that contained either 2 percent freeze-dried whole raspberry powder or added sugars equal to the same number of calories.

The rats fed raspberry powder showed reduced levels of triglycerides and glucose. In addition, the rats fed raspberries showed a significant reduction in the left ventricular enlargement of the heart together with reduced wall thickening. Enlargement and thickening of the left ventricle and a thickening of the heart wall are known risk factors for heart failure. The animals also showed an increase in liver function.

The study authors concluded that red raspberries could be an excellent addition to the diet to help manage cardiometabolic risk, including risk for Type 2 diabetes. They also stated that eating red raspberries could reduce cardiovascular problems like heart failure, which is the main diagnosis in people over the age of 65.

Metabolic syndrome: Research published in The FASEB Journal studied the effect of raspberries in mice fed a typical Western diet high in fat and sugar. Groups of mice were fed either low-fat or high-fat diets with and without various forms of raspberries — either juice concentrate, freeze-dried powder, or raspberry phytochemicals.

At the end of 10 weeks, glucose levels improved in the mice taking raspberry supplements to the point where glucose tolerance in mice on a high-fat diet was basically the same as for mice fed a low-fat diet. The rats on a high-fat diet that included raspberry powder also gained significantly less weight than rats that were not given raspberries.
Special: In addition, the expression of 87 different genes related to different aspects of metabolism in the animals fed a high-fat diet with raspberries were altered so they resembled those mice fed low-fat diets.

Diabetes: When the diets of obese, diabetic mice were supplemented with freeze-dried raspberries, they showed fewer signs of heart disease than mice fed a standard diet, according to an article published in The FASEB Journal. Researchers said the study indicated that raspberries prevented wasting due to chronic illness and reduced cardiac fibrosis (thickening of the heart) in elderly, obese mice prone to heart failure.

Liver function: Researchers at Oregon State University studied the effects of the antioxidant compounds ellagic acid and quercetin found in raspberries on non-alcoholic fatty liver disease (NAFLD). It is characterized by fat accumulated in the liver, and can be the forerunner of more serious conditions, such as cirrhosis and liver cancer. The scientists found that the compounds regulated oxidation in the liver, and that the metabolic effects of ellagic acid were similar to the drug Tricor, a medication that lowers cholesterol and triglyceride levels.

A 2013 study published in the Journal of Pharmachology & Pharmacotherapeutics found that ellagic acid significantly reduced drug-induced liver damage in mice.

Inflammation and bone health: A study by the Department of Nutrition and Food Sciences at Texas Woman’s University found that the polyphenols found in red raspberries are anti-inflammatory and can inhibit the negative actions of osteoclasts, the cells associated with the breakdown of bone. A 2015 study published inFood Research International also found that dietary polyphenols reduce bone loss, and that fruits and vegetables rich in the antioxidant could be an effective remedy to prevent and treat osteoporosis.

Posted in Diet and tagged diet, raspberries
← Results of Phase 3 POISE Trial of Ocaliva® (Obeticholic Acid) for the Treatment of PBCWhat’s the best way to ‘detox’ your body? →