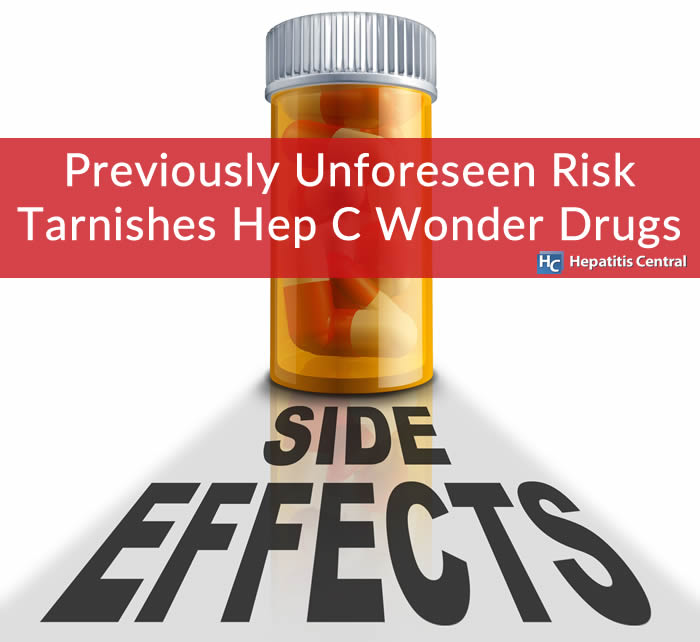 The improvement in Hepatitis C treatment success marks a dramatic change in the prognosis for most Hepatitis C diagnoses. New direct-acting antiviral drugs boast viral eradication rates in the high 90th percentile, rendering hope that the Hepatitis C virus can be eradicated. Until recently, the only major obstacle surrounding these Hepatitis C medications has been their outrageously high cost. However, a large-scale prospective study has revealed a surprising caveat – revealing that the direct-acting antiviral drugs for Hepatitis C may not be the panacea the medical community had been hoping for.

The most common adverse reactions to direct-acting antiviral medications for Hepatitis C include:

Although none of the side effects listed above are pleasant, they are certainly minimal when evaluating their potential benefit of eradicating Hepatitis C. That was true until an Italian researcher presented results of his study at the American Association for the Study of Liver Diseases (AASLD) annual 2016 Liver Meeting in Boston, MA.

According to lead investigator Alfredo Alberti, MD, professor of gastroenterology at the University of Padova in Italy, direct-acting antiviral drugs could worsen liver cancer. If future investigations into this association support Alberti’s results, direct-acting antiviral drugs may present more hazard than benefit to our health. Some details from Alberti’s study include:

In putting Alberti’s conclusion into a larger perspective, valuable information in the battle against Hepatitis C is gleaned. Just like the need for physical therapy to help someone recover from orthoscopic knee surgery, a rehab for liver health may be necessary following Hepatitis C viral eradication.

After the presentation of this large-scale study, more investigation into the risk of liver cancer growth acceleration from direct-acting antiviral medications for treating Hepatitis C is warranted. Until a definitive conclusion is drawn, Alberti’s work sends two clear signals.

Eliminating the virus has been the goal of Hepatitis C treatment since the infectious agent was first identified. However – Alberti’s study brings a larger picture into focus – the overall health of the liver. Viral eradication without severe side effects may only be step one of treating Hepatitis C. The second step may be finding ways to return the liver to a healthy microenvironment.

Posted in Hepatitis, In The News and tagged cancer, hapatitis, hep c
← The Ten Worst Medications for Your LiverWhy Sugar Is Called "The White Death" →