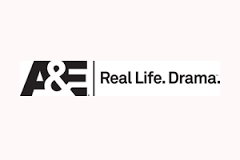 Spent the morning in A and E.

The previous evening I developed an intense pain near my tummy button which lasted for several hours. I do have a couple of digestive disorders so put the pain down to those.

I felt much easier in the morning but had a horrible taste of blood in my mouth. When I spat out saliva I noticed the spit was pale blood coloured.

Felt a bit unnerved after the pain the night before and now blood, so I organised my eldest for school then fed and watered the two youngest before heading to the local hospital with them in tow.

I was seen quite promptly, possibly due to two over excited boys racing round the waiting room!

My very juicy vain, which had always performed well for blood tests, refused to play nicely. The nurse was very sweet but the pain was worse than the stomach ache! Even the other arm didn’t want to help out, I’m sure that vain closed down in fear, eventually I was fitted with a cannula and blood was taken.

I then growled at the far too young doctor that I would not be taking him up on his offer of a rectum examination, the blood came from my mouth, he could look in there if he would like but not any where lower! I know this is something I will probably have to experience at some time in my life, but not today!

The long and short of it all is that I was sent home non the wiser but reassured that nothing sinister was obviously there and to return if the pain returns. (But not after 10pm as there is no A and E between 10pm and 8am)

I feel much more vulnerable since receiving The Call a fortnight ago but I don’t want to become too jumpy at every little health change, there must be a balance.  I don’t think I would have gone today if my husband hadn’t threatened to cancel his important meeting  and drive the couple of hundred miles home to take me there himself.

Being ill makes me feel too dependent and needy, I don’t like it.

Posted in In The News, Sue's Blog
← The Advantages of Consuming Protein for Liver HealthNext Post →