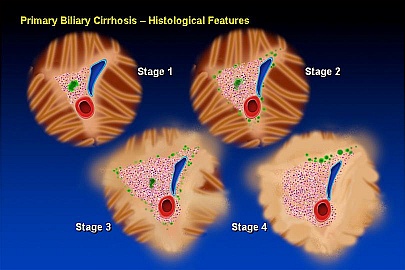 Obeticholic acid reduced alkaline phosphatase and bilirubin levels in patients with primary biliary cholangitis, according to a phase 3 study published in The New England Journal of Medicine. However, patients taking the drug were more likely to experience pruritis.

Lindor and colleagues performed a 12-month, phase 3 study of 217 patients who had “an inadequate response” to ursodiol. The patients received either placebo, 10 mg of obeticholic acid or 5 mg of obeticholic acid with an adjustment to 10 mg if applicable. The primary endpoint was an alkaline phosphatase level less than 1.67 times the upper limit of the normal range with a reduction of at least 15% from baseline as well as a normal total bilirubin level. The researchers measured alkaline phosphatase and bilirubin levels because they correlate with increased risk for liver transplantation and death.

The researchers concluded that obeticholic acid led to a significant decrease in levels of alkaline phosphatase and total bilirubin. However, the treatment led to more serious adverse events, such as pruritis.

“Obeticholic acid dose-dependently increased the incidence of pruritis; [however], the mechanism remains unknown,” Lindor and colleagues wrote. “A multiyear study to assess the effects of obeticholic acid on clinical outcomes in patients with primary biliary cholangitis who have more advanced liver disease is currently enrolling patients.” – by Will Offit

Posted in In The News, Primary Biliary Cholangitis and tagged Obeticholic, pbc, primary biliary cholangitis, pruritis itching
← Oranges and lemons can help STOP diseases caused by obesity including diabetesExercise Could Save Your Liver →