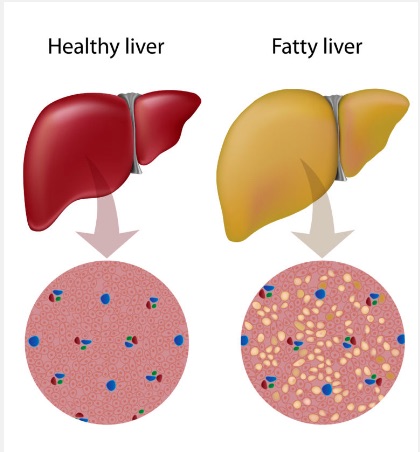 Exercise Could Save Your Liver

It’s pretty widely known that chronic over-indulgence in alcoholic beverages can play havoc with one’s liver — in extreme cases ending up with cirrhosis and a non-functioning organ. But non-drinkers can also have liver problems. In particular, there is one called non-alcoholic fatty liver disease, or NAFLD, which is a risk factor for chronic liver disease and cardiovascular disease, according to the authors of a recent report  in JAMA Internal Medicine. NAFLD is a condition in which triglycerides (fats) accumulate within liver cells. If the accumulation is extensive enough it can trigger inflammation and a condition known as steatosis, which can then progress to irreversible cirrhosis.

The authors of the report conducted a randomized clinical trial to investigate the effects of different levels of exercise on NAFLD in obese Chinese adults. Led by Dr. Hui-Jie Zhang from the First Affiliated Hospital of Xiamen University, Xiamen, China, they randomly assigned 220 adults (40-65 years of age) with  abdominal obesity and NAFLD – documented by MRI – to one of three exercise conditions. They were particularly interested in ascertaining whether vigorous versus moderate exercise differently affect NAFLD. The three groups were:

Participants in the VM group jogged on a treadmill for 30 minutes, 5 days per week, at an intensity equal to 65-80 percent of maximum predicted heart rate. After 6 months, they switched to a moderate level of activity. At this level they walked briskly (about 120 steps per minute) for 30 minutes, 5 days per week. This was about 45-55 percent of maximum heart rate. The M group did the moderate level of activity for the entire 12 months of the study. The C group was asked not to change their activity level. And all three groups were instructed not to change their customary dietary intake.

The primary outcome of the trial was the change in intra-hepatic triglyceride content, or IHTG between the start of the study and at 6 and 12 months. The investigators found that at 6 months, both the VM and M groups IHTG contents were significantly lower than those of the C group. By 12 months, although the differences were smaller, they were still significantly less than the C group. The two exercise groups’ IHTG were not significantly different.

The body weight, waist circumference and blood pressure were significantly lower in the VM group than the M and C groups at 6 months; at 12 months they both differed from the C group but not from each other.  However, when the researchers controlled for weight loss, the differences in IHTG were no longer significant between the exercise and control groups. Thus, the authors concluded “Vigorous and moderate exercise were equally effective in reducing intra-hepatic triglyceride content; the effect appeared to be largely mediated by weight loss.”

One must note that the extent to which these results can be generalized to non-Asian populations isn’t known — there are different cut points for obesity in Asian populations which don’t apply, for example, to Western populations. Thus the effects of exercise on the liver might well be different. However, considering the benefits of exercise for a number of health-related endpoints, there hardly seems to be anything to lose in trying to replicate these levels of exercise.