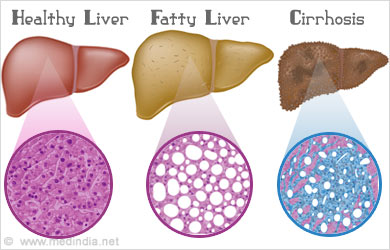 ZURICH/NEW YORK (Reuters) – Novartis AG and Pfizer Inc are teaming up to develop treatments for a liver disease many drug companies believe will become a hugely lucrative market, as it is tied to the obesity and diabetes epidemics.

The Swiss and U.S. drugmakers announced on Monday that they will collaborate to develop combination therapies involving medicines they have been working on separately to treat nonalcoholic steatohepatitis, or NASH.

Though hardly a household name, the progressive fatty liver disease with no approved treatments is poised to become the leading cause of liver transplants by 2020.

NASH, which is closely associated with obesity and diabetes, is emerging as a major global health concern, especially among populations with increasingly fatty diets. Unchecked, it can lead to advanced cirrhosis and liver failure.

Drugmakers like Pfizer, Novartis, Gilead Sciences Inc and Allergan PLC see the potential $20 billion to $35 billion market, according to some estimates, as a source of future growth. Several small companies that have been focused on NASH treatments are well ahead of Pfizer and Novartis in their efforts, including Intercept Pharmaceuticals and France’s Genfit.

While studies have shown increased exercise and altering dietary patterns can be a first-line of defense against the disease, Eric Hughes, who heads Novartis’s hepatology development program, has seen first hand the need for pharmaceutical options.

“As a physician, I told everyone about exercise, lifestyle changes and diet,” Hughes said. “And I was lucky if I got 5 percent that even listened to me.

“This is an epidemic of 38 million people in the U.S., and to treat all those people who are advanced in their disease requires therapy,” Hughes added.

“The way this disease develops is, first you get fat in the liver, and then for reasons which nobody understands, the fat provokes an inflammatory response … and then lastly, you get scarring and fibrosis,” Birnbaum said. The combination therapy would target all three stages of the disease, he said.

Pfizer’s drugs are aimed at steatosis, or fat accumulation in the liver. Novartis’s molecule fights inflammation and fibrotic scarring.

The collaboration is not exclusive. Novartis’s 2017 partnership with Allergan testing tropifexor with an Allergan drug will continue, Hughes said.

It is too early to predict when NASH patients might receive combination Pfizer-Novartis treatments, Hughes said.

But the deal shows there is still an appetite for tackling chronic conditions that affect millions of people at a time when many drugmakers, including Pfizer and Novartis, have increasingly directed resources to treatments for rare diseases that can command extremely high prices.

Posted in Fatty Liver and Nash and tagged diet fld fatty liver, fatty liver nash nafld, nash
← Clues to the link between obesity and liver cancerDiet Soda Might Be Just as Bad for your Liver as Alcohol →