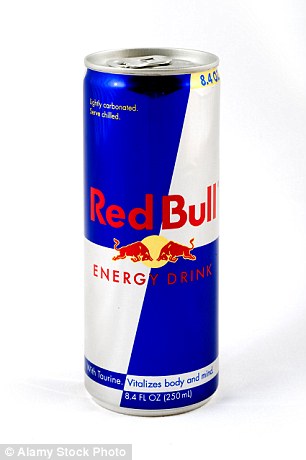 Juggling a busy job and family life, Mark Horsman relied on a daily combination of eight cups of coffee and three cans of Red Bull to keep him going.

For three years, the construction manager from Brighton thought nothing of it. But one day, after downing two cans in a row, he was suddenly struck by a terrifying ‘booming’ sound coming from his heart.

Mark, 52, thought he was about to die. ‘It was absolutely terrifying,’ he says. ‘My heart was beating very fast, then would miss a beat and then it would “boom”.’

Mark’s GP later explained that he was experiencing an extra, or ectopic, heartbeat – and it was a result of his excessive caffeine and energy drink habit.

Mark is thought to be one of the many people whose genetics make them more susceptible to the effects of caffeine. And he’s far from alone. Experts are now warning that caffeine-packed energy drinks could be fuelling a record rise in diagnoses of irregular heartbeats, one of Britain’s biggest killers.

Just one energy drink daily could trigger arrhythmia, an abnormal heart rhythm which increases the risk of stroke five-fold.

Recent figures from the British Heart Foundation revealed that the number of people diagnosed with Atrial Fibrillation (AF), the most common cause of arrhythmia, has soared by almost five per cent in just a year: in 2017/2018 there were 1,324,067 people diagnosed with the condition, nearly 60,000 more than the previous year.

At least half a million people may be unaware they have the ‘silent killer’ condition, which is often symptomless. Experts warn that for some, even the guidelines of four to five cups of coffee daily can be too much. Once caffeine is ingested, the molecules are transported instantly to the heart and brain via the bloodstream, giving an immediate caffeine ‘hit’.

There has been a stark rise in Britons’ thirst for caffeinated drinks – at least 600 million litres are drunk every year, 200 million more than ten years ago.

Trudie Lobban, founder and CEO of The Arrhythmia Alliance, says: ‘You wouldn’t necessarily have to have a faulty heart to suffer from arrhythmia – stimulants containing caffeine can trigger it.

‘Six or seven coffees a day could do it, but these energy drinks carry a really high risk.’ 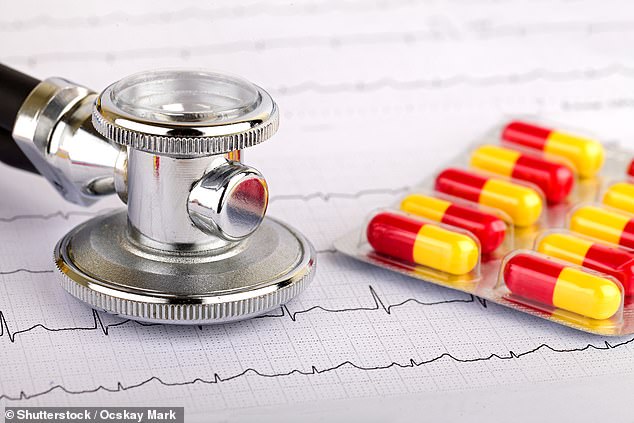 At least half a million people may be unaware they have the ‘silent killer’ condition, which is often symptomless. Experts warn that for some, even the guidelines of four to five cups of coffee daily can be too much. Once caffeine is ingested, the molecules are transported instantly to the heart and brain via the bloodstream, giving an immediate caffeine ‘hit’

It is thought that this is because excessive caffeine consumption dramatically increases the amount of calcium released within the heart’s cells, disrupting the electrical rhythm. ‘This can cause arrhythmias, but also has effects on the heart’s abilities to contract and to use oxygen,’ explains Professor Milou-Daniel Drici, a cardiology researcher from Nice University Hospital.

Sleeping in a cot until three years old encourages youngsters to sleep well, according to a new study.

Researchers at the Children’s Hospital of Philadelphia in Pennsylvania, studied 1,900 parents of children aged 18 months to 36 months and found that delaying the transfer from cot to bed for as long as possible benefited toddlers’ sleep.

Compared to children sleeping in a bed, toddlers who slept in cots for the first 36 months of life were more likely to sleep soundly.

Parents of children of all ages who slept in cots noted children falling asleep sooner, sleeping longer and resisting less at bedtime.

Although its cause is not fully understood, common triggers include viral illnesses, alcohol, tobacco, changes in posture, exercise, drinks containing caffeine, certain over-the-counter and prescribed medicines, and illegal recreational drugs.

After suffering his terrifying heart problems, Mark immediately cut out all energy drinks and caffeine. He admits: ‘I feel so much better. I didn’t realise what it was doing to me, and to my health, until I stopped. I think they should be banned. I don’t touch caffeine at all any more.’

Professor Nicholas Linker, of the British Society of Cardiologists, an expert in arrhythmia, said: ‘About 20 per cent of the population is sensitive to caffeine, and for them just one energy drink could cause a heart-rhythm problem. For the remainder, one or two energy drinks a day could be OK.

As a stupid question

Do nails all grow at the same rate?

DR SWETA RAI, from the British Association of Dermatologists, says: ‘Your fingernails all grow at the same rate – roughly 1mm every week. But they grow at a different rate to your toenails, which grow on average 1mm a month.

‘We don’t know exactly why this is, but the rate of growth is controlled by stem cells in the nail bed near the cuticle.

‘Environmental factors – such as your diet or doing a manual job – can injure the nail bed, causing different nails to grow at different rates. Runners suffer damage to toenails according to their shoes and the amount of activity they do.

‘Your nails will generally recover from injury, but in extreme cases damage can be permanent.’

‘Young people who combine energy drinks with alcohol and smoking may be more at risk of ‘stimulant-linked’ arrhythmia, as opposed to the heart-rhythm problems that occur with ageing.’

A 250ml serving of a typical energy drink contains 80mg of caffeine per litre – twice as much as a regular cola drink, but the same as a 60ml espresso.

Experts warn the addition of high quantities of sugar in energy drinks could be a reason for their potency.

Julie Ward, senior cardiac nurse for the British Heart Foundation, said: ‘Evidence suggests that drinking moderate amounts of caffeine isn’t damaging to heart health, but some people are more sensitive to caffeine than others and it can trigger palpitations.

‘If you feel pounding or fluttering after caffeine in coffee or energy drinks, that’s a sign you’re having too much.’

Gavin Partington, director general at the British Soft Drinks Association, said: ‘It is worth remembering that coffees from popular high-street chains contain the same or more caffeine than most energy drinks.’

Posted in Supplements, Uncategorized and tagged energy, red bull, stroke
← What is Fatty Liver?Alcoholic Cirrhosis as a Syndrome →