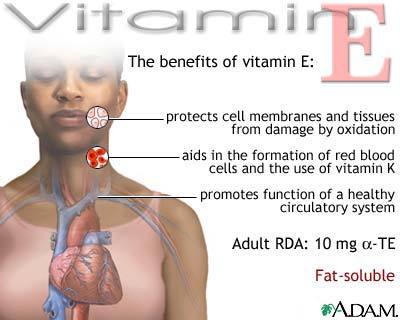 (HealthNewsDigest.com) – COLUMBUS, Ohio – New research conducted at The Ohio State University’s Wexner Medical Center suggests an alternate form of natural vitamin E delays the progression of disease in patients awaiting liver transplantation, the only definitive therapy that reduces a patient’s morbidity, mortality and improves their quality of life. The study shows, for the first time, successful delivery of the vitamin – administered orally – to vital human organs such as the brain, heart, liver, skin and fatty tissue.

“This work is the first to show oral supplements of tocotrienol are being transported to the vital organs of patients,” says Chandan K. Sen, associate dean for translational and applied research in The Ohio State University College of Medicine. “This is exciting evidence for patients at high risk for stroke because our previous work identified low levels of TE to be protective against stroke-induced damage to the brain. Findings of this current research are equally excited for patients on the liver transplant list as it increases their chances of receiving a new liver, and therefore survival.”

Earlier research published by Dr. Sen and colleagues at Ohio State’s Medical Center proved tocotrienol a safe and neuroprotective nutrient, which minimizes stroke-related damage to the brain. “We also showed in previous studies that TE can be part of a regular diet and keeps the brain enriched and better prepared to defend itself,” added Sen, also vice chair for research in Ohio State’s Department of Surgery.

For this recent study, published in the February issue of Journal of Nutrition, researchers studied blood and tissue samples from 80 participants. One cohort involved healthy patients who received oral TE or TCP supplements. Vitamin E levels found in tissue were measured in healthy participants after 12 weeks of receiving oral supplementation. Healthy adult participants were selected for this study because they could receive oral supplements for a designated period of time, whereas the other cohort was bound by surgery schedules.

The results showed oral supplementation of tocotrienol significantly increased the levels of the nutrient found in blood, skin, fatty tissue, the brain, cardiac muscle and the liver. Tocotrienol was delivered to the human brains of study participants at levels found to be neuroprotective in earlier stroke-related research.

Oral administration of tocotrienol also lowered the model for end stage liver disease (MELD) score in 50 percent of the patients who received TE supplements, while only 20 percent of patients who received TCP supplements experienced a reduction in their MELD score. MELD score refers to a clinical scoring system used to determine the severity of chronic liver disease and assess the priority and need for liver transplant allocation.

The tocotrienol form of vitamin E is available as a nutritional supplement in American supermarkets. One of the richest and healthiest food sources for TE is palm oil, which contains an abundance of the nutrient. It contains zero tans fat content and is also a popular component of a typical Southeast Asian diet. Other foods containing TE include rice, bran, oat, barley, and wheat germ.

Sen says he and colleagues are planning a much larger Phase II clinical trial testing the safety and effectiveness of tocotrienol against stroke and end stage liver disease in humans.

The research was supported by a grant awarded by the National Institutes of Health. In addition, the Malaysian Palm Oil Board – an institution of Government of Malaysia – funded the study.