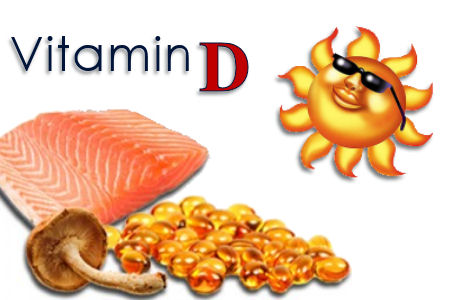 How should vitamin D supplementation be managed in these specific populations?

A previous Ask the Experts column written by Dr. Darrell Hulisz, “Which Is Better: Vitamin D2 or D3?”, generated many readers’ questions. Dr. Hulisz answers these questions below in a follow-up column.

Vitamin D is essential for adequate intestinal absorption of calcium. Chronic vitamin D deficiency can decrease serum calcium and can trigger a compensatory release of parathyroid hormone (PTH).1,2 This may produce secondary hyperparathyroidism, resulting in the mobilization of calcium from bone and a reduction in bone mineral density (BMD).2,3 Chronic vitamin D deficiency can lead to muscle weakness and increase the risk for osteoporotic fractures, falls, rickets, and osteomalacia.2,4,5 In light of the recent attention given to vitamin D deficiency, several questions arise regarding supplementation in special populations.

What form of vitamin D is recommended in chronic kidney disease?

Vitamin D is produced endogenously in the skin and converted to active metabolites in the liver and kidney. Upon exposure to ultraviolet irradiation, provitamin D3 (7-dehydrocholesterol) in the skin is converted to previtamin D3, which is then isomerized to vitamin D3 (cholecalciferol). Vitamin D3, whether cutaneously formed or obtained in the diet as cholecalciferol, is subsequently hydroxylated in the liver to 25-hydroxyvitamin D (25-OH VD). This is the major circulating form of vitamin D that is assayed to detect deficiency.1

A subsequent hydroxylation of 25-OH VD occurs in the kidney to form 1,25-dihydroxyvitamin D, the major biologically active form of vitamin D, also known as calcitriol.1,2 Thus, in the setting of severe chronic kidney disease (CKD), formulations of calcitriol may be preferred over vitamin D2 and D3 to treat deficiency because the terminal hydroxylation occurs in the kidney.

In the setting of CKD it is important to estimate glomerular filtration rate (GFR) and to determine serum 25-OH VD, calcium, phosphorous, and intact PTH levels when choosing the most optimal regimen. Supplementation of vitamin D plays a major role in the prevention of secondary hyperparathyroidism in patients with CKD.6-8 According to clinical practice guidelines from the National Kidney Foundation, the preferred form of supplementation is guided by serum 25-OH VD levels, stage of kidney failure, and presence or absence of secondary hyperparathyroidism.9 Before and during supplementation, both serum calcium and phosphorous levels should be drawn every 3 months. If levels of these minerals rise, vitamin D supplementation may need to be withheld or the dosage modified.9

In the presence of secondary hyperparathyroidism, which usually begins in stage 3 or 4 of CKD (GFR 30-59 mL/min and 15-29 mL/min, respectively), the preferred agent for supplementation is an activated vitamin D sterol (eg, calcitriol or paricalcitol). Supplementation should begin when serum levels of 25-OH VD fall below 30 ng/mL. The vitamin D sterol dose depends on the serum levels of 25-OH VD, PTH, calcium, and phosphorus. Likewise, in stage 5 of CKD (GFR < 15 mL/min and patients treated with hemodialysis or peritoneal dialysis), an activated vitamin D sterol is also preferred in lieu of vitamin D2 or D3.9

However, in the absence of secondary hyperparathyroidism, as is often the case in patients with GFR > 60 mL/min or only mild renal impairment, either oral vitamin D2 or D3 can be used. Studies indicate that vitamin D2 (ergocalciferol) is much less potent and has a shorter duration of action than D3 (cholecalciferol) and that vitamin D3 more effectively raises 25-OH VD levels.10-13 Thus, cholecalciferol is preferred in patients with normal or mild renal impairment (GFR > 60 mL/min) with a normal intact PTH level.

What dose of cholecalciferol is suggested for preventing deficiency?

Several guidelines have been issued by national organizations that recommend varying amounts of vitamin D intake. A recent consensus report has been issued by the Institute of Medicine.13 This guideline states that for most patients the recommended daily allowance of vitamin D should be 600-800 IU. However, increased amounts are necessary for treating known deficiency, such as 25-OH VD levels below 20 ng/mL. Supplemental vitamin D may become necessary in conditions in which risk factors for deficiency exist, such as living in extreme northern latitudes or lack of solar exposure, malabsorptive states, corticosteroid use, chronic dietary deficiency, and pregnancy. However, in these situations the dose of vitamin D is best guided by 25-OH VD levels.

What is the upper limit of vitamin D intake?

As a dietary supplement, patients should not exceed a daily amount of 4000 IU of vitamin D,13 though higher doses may be needed temporarily to treat documented deficiency. Most cases of vitamin D toxicity have been associated with 25-hydroxyvitamin D levels greater than 88 ng/mL, a level that would necessitate a daily intake of 40,000 IU or more of vitamin D.14 No significant changes from baseline in serum calcium levels or urinary calcium excretion were noted in patients given 4000 IU/day of vitamin D3 for up to 5 months.15 In addition, cholecalciferol 100,000 IU administered to patients every 4 months for 5 years was found to be safe.16

Which vitamin D preparations are available in an oral liquid?

The author would like to thank Sharon Guzik, PharmD candidate, for providing technical assistance.