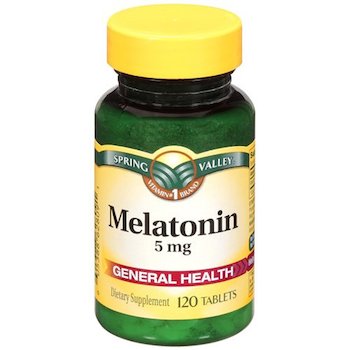 I just wanted to post this as I suppose I missed the significance of melatonin before and (better late than never) now realize how important it is.

To recap, I started taking melatonin to help with sleep patterns. Melatonin is produced by the liver and is the chemical which induces sleep. The production of melatonin is controlled by the circadian cycle or endogenous clock. In cirrhotic patients a phase delay has been noticed which means that significantly higher levels persisted throughout daytime hours in patients with liver cirrhosis.

As it turned out, I took melatonin at night (3mg) 30 minutes prior to trying to sleep, but with no noticeable effects. However, in another article I posted on my website I noticed that melatonin also helped with reducing/protecting against fibrosis. Fibrosis is the scarring that leads to full blown cirrhosis. Therefore I carried on taking melatonin.

Just this evening, reading back on these articles as reproduced below it appears that melatonin can PREVENT the onset of cirrhosis and also decreases the liver enzyme ALT/AST values.

This is important for the following reasons:

1. In people who are suspected of having or in danger of getting cirrhosis, melatonin can prevent the onset of the disease.

2. For people with the disease, fibrosis can be decreased by taking melatonin. This is measurable through improved values of ALT/AST.

I have NEVER heard of doctors prescribing or suggesting melatonin as a potential cure/alleviator of cirrhosis. I wonder why?????

Melatonin May Be Served As Potential Anti-fibrotic Drug

ScienceDaily (Apr. 7, 2009) — In China, the incidence of liver cirrhosis is still high. Liver cirrhosis results from fibrosis. If treated properly at fibrosis stage, cirrhosis can be prevented. However, no effective antifibrosis drugs are available at present. Several lines of evidences suggest that oxidative stress plays an important role in the etiopathogenesis of hepatic fibrosis.

Melatonin can protect cells, tissues, and organs against oxidative damage induced by a variety of free-radical-generating agents and processes.

In this study, hepatic fibrosis in rats was successfully induced by subcutaneous injection of sterile CCl4 twice weekly for a total of 12 wk. At the beginning of injection of CCl4, melatonin (2.5, 5, 10 mg/kg body weight) was intraperitoneally administered to the rats daily for 12 wk.

Their results suggested that treatment with melatonin (10 mg/kg) could decrease the scores of hepatic fibrosis grading, reduced the contents of HA, LN in serum and Hydroxyproline (HYP) in liver, treatment with melatonin (5,10 mg/kg ) could decrease serum levels of ALT, AST and blocked the increase in MDA in rats with hepatic injury caused by CCl4.