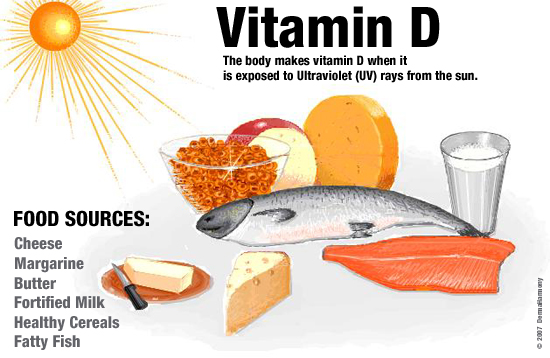 Could Vitamin D Be the Missing Ingredient in HCV Therapy?

Even though an estimated 170 million people worldwide are infected with Hepatitis C, the current treatment can only help about half of them. However, new research suggests that a common vitamin could greatly increase Hepatitis C treatment’s effectiveness.

Previous research has provided evidence pointing toward a Vitamin D deficiency in those with chronic Hepatitis C. This association has spawned an interest in how Vitamin D could help those with viral hepatitis. While Vitamin D supplementation may help prevent some complications of advancing liver disease, deciphering this vitamin’s role in Hepatitis C has been relatively limited – until now.

While great strides in HCV treatment have been made over the past decade, the current standard of care can help approximately 50 percent of those infected beat the virus. Referred to as combination therapy, this standard treatment consists of two drugs: pegylated interferon and ribavirin.

About half of those with the virus do not respond to combination therapy. Consequently, the pharmaceutical industry has been dedicating enormous resources into improving these odds. Taking their cue from the successful management of HIV/AIDS, much research is focused on developing a third drug, that when added to pegylated interferon and ribavirin, will create a highly effective triple therapy for Hepatitis C.

Based on results of a preliminary Israeli study, Vitamin D could represent the best possible candidate for a third substance to comprise triple Hepatitis C therapy. As reported at the 2009 Annual Meeting of the American Association for the Study of Liver Diseases (AASLD), adding a daily dose of Vitamin D to the regimen of pegylated interferon-alfa 2 and ribavirin might increase Hepatitis C response rates to therapy.

According to lead investigator Saif M. Abu-Mouch, M.D., from the Department of Hepatology, Hillel Yaffe Medical Center in Hadera, Israel, “This preliminary study confirms the benefit of adding Vitamin D to conventional antiviral therapy in patients with chronic Hepatitis C.” Details of Abu-Mouch’s study are described below:

· 89 participants with HCV were recruited.

· By the fourth week of treatment, a rapid virological response was seen in 44 percent of the patients who received Vitamin D and in 18 percent of the control group.

· At the twelfth week of treatment, 96 percent of the group who received the addition of Vitamin D and 48 percent of the control group tested negative for HCV.

If the results of this study were to be extrapolated and applied to the general Hepatitis C population, adding Vitamin D could nearly double the current success rate of HCV antiviral therapy. When added to pegylated interferon and ribavirin, even rigorously tested drugs in development haven’t been able to claim a 96 percent success rate. Thus, we can expect to see a great deal of excitement and larger human trials exploring the potential of Vitamin D as the missing ingredient in Hepatitis C triple drug therapy.