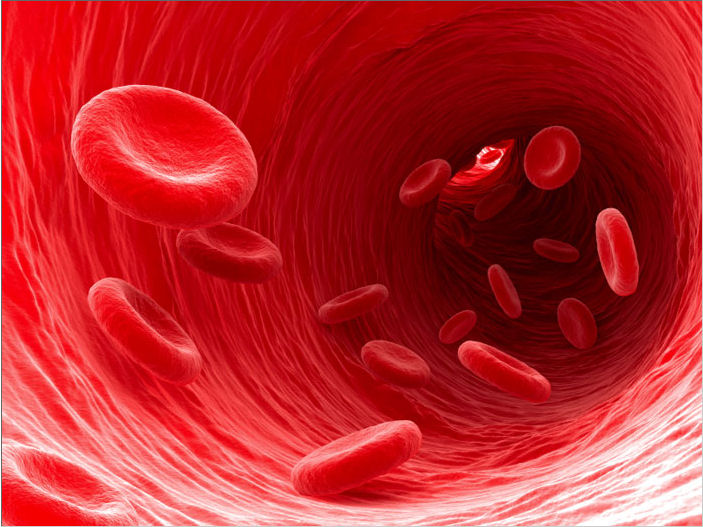 Blood Viscosity as a Factor in all Metabolic Diseases

While it is true that a man is “as old as his arteries”, equally true is that his health is only as good as the health of his blood. The bloodstream is known as the “river of life”, and it is the purity of the river which determines, almost entirely, the health – both mental and physical – of the individual.

If the condition of the blood declines, so will health decline – all the way from vague “indisposition” and head colds, to eventual heart disease and cancer.

Blood is a complex fluid which performs many functions. Apart from nourishing and cleansing the billions of cells of which our bodies are made, and providing them with oxygen, it conveys hormones and other vital substances, transports protective white cells of the immune sysem, initiates the healing of wounds, cools active muscles and provides water for perspiration. Its composition changes constantly to meet the demands of the body.

Blood is a wonderful and complex substance containing many chemical compounds to perform many functions. It constantly changes and adapts to meet the body’s requirements. Healthy blood varies in viscosity as it flows normally and becomes much “thinner” by the time it reaches the capillaries. It can even change viscosity locally at a given point in order to pass through a constriction.

Viscosity means the degree of stickiness of a liquid. The viscosity of health blood is low, permitting it to flow freely. The condition of the blood is affected by excess cholesterol and fat which, together with various waste products due mainly to wrong diet, circulate in the bloodstream like sludge and gradually deposit in the artery walls. Fat causes the red cells to aggregate or clump together, seriously reducing their oxygen carrying capacity.

Tiny particles called platelets whose function is to clot the blood in the event of an injury, also stick together. The effect of this clumping is to increase the blood viscosity, it becomes thick and sluggish and cannot flow freely, particularly in constricted vessels. This often causes drowsiness after heavy meals or perhaps angina or heart attack.

Angina pain is frequently mistaken for indigestion. When red cells bunch together and block capillary vessels, the clear fluid of the blood is forced out of the capillary walls and causes tissues to swell. This condition is known as “edema”.

The viscosity of the blood is quickly increased by stress, and continuous stress will maintain the condition. Severely affecting blood viscosity too is a diet containing fat, cholesterol, refined carbohydrates and excessive amounts of animal protein. Removal of these foods from the diet enables the blood to clear in several days, but because most people consume these foods constantly, their blood is always polluted and viscous.

Since 1852 when Dr. A Coccius published data on microscope observations of agglutinated blood in living human patients, many other studies have been made but unfortunately their significance has not been appreciated. Dr. Leopold Dintenfas of Sydney Hospital has studied blood viscosity for over 20 years and is just beginning to convince the medical profession that high blood viscosity is a disease factor.

Dr. Dintenfas is the Director of Hemorhology and Biorheology Department, University of Sydney. He is the author of Blood Micro-rheology Viscosity Factors in Blood Flow, Ischemia and Thrombosis (1971 Butterworth Press), Rheology of Blood in Diagnostic and Preventive Medicine (1976 Butterworth Press), Hyperactivity and Hypertension and Blood Viscosity in Heart Disease and Cancer (1981 Pergamon Press) plus numerous medical papers published throughout the world.

There are many factors which individually affect the viscosity but it is sufficient to say that high blood viscosity invariably accompanies degenerative diseases.

“The high viscosity syndrome can contain one, two or more of these elements. Capillary occlusion, stasis hypoxia, acidosis, necrosis and infarction are inevitable, although not necessarily irreversible steps in this process”.

“It would be worthwhile to note that osteoarthritis and rheumatoid arthritis are associated with an elevation of plasma viscosity (Houston et al 1949 – Gasen et al 1970) and an elevation of the degree of aggregation of red cells (Laine and Zilliacus 1950, Redioch et al 1970). High blood viscosity always leads to a slow down of circulation and reduces oxygenation of tissues”.

“Wardle in 1967 suggested that it is the increased blood viscosity in the small digital arteries which is responsible for the common symptom of malignancy. Red cell aggregation, platelet aggregation and hyper-coagulability can contribute to this syndrome. Crenated red cells, raised fibrinogen, increased platelet stickiness, are all common features of malignancy”.

Dr. Melvin Knisely of the University of Chicago made an exhaustive study of the colour changes in the circulatory systems of dying frogs, monkeys and humans, and was able to predict the progression of diseases. As death approached, the toxin-laden corpuscles were unable to pass through the capillaries.

Their progress was stopped and their oxygen content discharged. As a sticky substance in the blood covered the dying cells, they formed into clusters which the doctor called ‘blood sludge’ – a condition common in fifty diseases. Gradually, the blood flowed more slowly, and the tissues die of asphyxia.

‘Understanding sludge’, Dr. Knisely says, ‘will make possible a new attack on a whole panorama of human diseases’. Photomicrographs of the circulatory systems of frogs, monkeys and humans substantiated the theory. An account of this remarkable discovery appeared in Life magazine 31st May 1948.

Thus it is abundantly clear that the state of health of an individual is directly related, not only to the nutrients contained in the bloodstream, but inversely to the harmful substances present and the degree of blood viscosity. It is axiomatic that lipotoxemia and high blood viscosity must eventuate in disease and premature death.

The state of health always correlates inversely with the readings of blood pressure, pulse-rate, sedimentation rate, platelet adhesion index and blood viscosity. High readings of any of these related parameters is an indication of disease whether symptoms are evident or not.

Posted in Other Symptoms and tagged blood, viscosity
← Working With Your Livers Clock Benefits CirrhosisCase Study: Diabetes in a Patient With Cirrhosis →