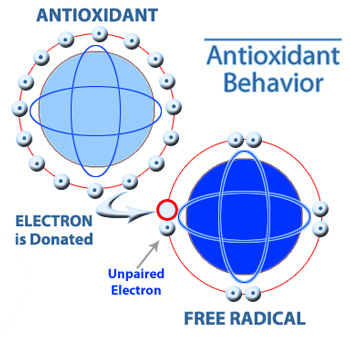 BIRMINGHAM, Ala. – An antioxidant may prevent damage to the liver caused by excessive alcohol, according to new research from the University of Alabama at Birmingham. The findings, published online April 21, 2011, in the journal Hepatology, may point the way to treatments to reverse steatosis, or fatty deposits in the liver that can lead to cirrhosis and cancer.

The research team, led by Victor Darley-Usmar, Ph.D., professor of pathology at UAB, introduced an antioxidant called mitochondria-targeted ubiquinone, or MitoQ, to the mitochondria of rats that were given alcohol every day for five to six weeks in an amount sufficient to mirror excessive intake in a human.

Chronic alcoholics, those who drink to excess every day, experience a buildup of fat in the liver cells. When alcohol is metabolized in the liver, it creates free radicals that damage mitochondria in the liver cells and prevent them from using sufficient amounts of oxygen to produce energy. Moreover, the low-oxygen condition called hypoxia worsens mitochondrial damage and promotes the formation of the fatty deposits that can progress to cirrhosis.

Darley-Usmar and his collaborators say that the antioxidant MitoQ is able to intercept and neutralize free radicals before they can damage the mitochondria, preventing the cascade of effects that ultimately leads to steatosis.

“There has not been a promising pharmaceutical approach to preventing or reversing the long-term damage associated with fatty deposits in the liver that result from excessive consumption of alcohol,” said Darley-Usmar. “Our findings suggest that MitoQ might be a useful agent for treating the liver damage caused by prolonged, habitual alcohol use.”

“Previous studies have shown that MitoQ can be safely administered long-term to humans,” said Balu Chacko, Ph.D., a research associate and co-author of the study. “As it has been shown to decrease liver damage in hepatitis C patients, it may have potential to ameliorate the initial stages of fatty liver disease in patients with alcoholic and non-alcoholic liver disease.”

The Annals of Hepatology estimate that alcohol abuse costs $185 billion annually in the United States, and that 2 million people have some form of alcoholic liver disease. It links as much as 90 percent of cirrhosis of the liver is related to alcohol abuse and up to 30 percent of liver cancer.

Darley-Usmar, who is also the director of the Center for Free Radical Biology at UAB, says his team is in discussions with the National Institutes of Health to develop a whole family of drugs based around interactions with mitochondria. He suggests such drugs might be effective in treating cardiovascular disease, kidney disease and neurodegenerative disorders.

“We know that free radicals play a role in human disease, and we have developed antioxidants that can eliminate free radicals in the laboratory,” he said. “Unfortunately, previous trials using antioxidants in humans have not been as successful as anticipated. The difference with our current findings is that we targeted a specific part of the cell, the mitochondria. This is a unique approach, and this is one of the few pre-clinical trials that shows effectiveness.”

Darley-Usmar says the findings also may have significance for the treatment of metabolic syndrome, a rapidly growing condition that affects some 50 million Americans, according to the American Heart Association.

“Metabolic syndrome describes a complex interaction of factors caused by obesity which includes damage to the liver due to an increase in free radicals, hypoxia and deposition of fat,” said Darley-Usmar. “It’s quite similar to alcohol-dependent hepatotoxicity. It would be interesting to see if an antioxidant such as MitoQ had any therapeutic effect in preventing liver damage in those with metabolic syndrome.”