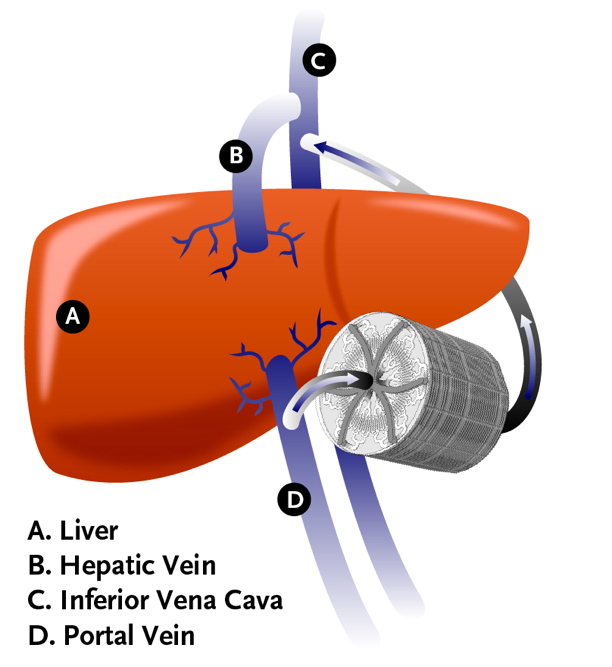 The Quest for an Artificial Liver

It may account for only a fraction of the total weight of an able-bodied person, but the liver is a tissue engineer’s nightmare. Any scientist attempting to create a contraption that mimics even a tiny proportion of the natural functions of the human liver is up against a virtual wall.

As versatile as it can get, the liver takes care of more than 200 jobs in the body. It helps maintain optimal blood sugar levels, synthesise bile acids which take care of cholesterol, and secretes proteins crucial for blood clotting. The liver also ensures that the compounds of medicines consumed are efficaciously harnessed and a variety of toxic substances, including alcohol and cigarette smoke, are turned into less harmful products. Each of these tasks is critical and no human being can survive if any of them is compromised.

Several groups around the world have been trying to engineer tissues that mimic the liver and there has already been some degree of success.

Developing an artificial liver is very important for two reasons. First, liver transplants are extremely expensive. Second, there are not enough suitable donors. “Nearly 2 million Indians require liver transplants. Less than one per cent can undergo transplant because of a lack of donors,” says Ashok Kumar, an associate professor of bioengineering at the Indian Institute of Technology (IIT), Kanpur. Kumar is involved in a project funded by the department of biotechnology, Union ministry of science and technology, to develop India’s first ever bio-artificial liver.

Very few scientists know about the challenges involved in liver tissue engineering better than Padma Rajagopalan, an IIT, Kharagpur, alumnus. Currently with Virginia Tech in the US, Rajagopalan has done pioneering work in engineering tissues that mimic the liver. Her interest in the subject dates back to 2002, when she was a research associate with the Massachusetts General Hospital, Harvard Medical School.

Two important cell types found in the liver are hepatocytes and liver sinusoidal endothelial cells. While hepatocytes constitute 80 per cent of total cells, endothelial cells line the blood vessels through which various compounds travel to the liver. A protein-rich intermediary called Space of Disse separates these two.

“The liver is a very resilient organ. Even if only 10 to 15 per cent of it is left, the whole organ can regenerate,” says Kumar. However, liver cells lose their ability to regenerate once removed from the body.

To make an artificial liver work, it is critical that the liver cells used to build it can function outside the body. Early on in her work Rajagopalan realised that to make this possible the spacing between the different cell types must be precise. During her two-year stint at the Harvard Medical School, she developed a novel method that uses biocompatible, nanoscale polymer scaffolds to replicate spatial configuration within the liver.

The scientists are currently extending the work to human cells in the hope that it could one day lead to an extracorporeal supportive device that can carry out liver functions from outside.

Meanwhile, last month the US Environmental Protection Agency awarded a major research project to a team involving Rajagopalan and two other scientists. The new project intends to make use of the 3-D liver mimic to see how the liver deals with various toxins humans are exposed to.

“One of the most important functions performed by the liver is metabolising foreign compounds that enter the body, for example, medicines, alcohol, cigarette smoke or chemicals found in the environment. Blood vessels carry these compounds to the liver where they are converted into less harmful products,” says Rajagopalan. “The liver construct we have developed mimics this. It helps us obtain insights into how the liver deals with foreign chemicals,” Rajagopalan told KnowHow.

Similarly the team, which includes another Indian scientist, T.M. Murali of the department of computer scienceof the university, is also trying to understand if the liver will react differently when a patient is prescribed multiple medicines than when the patient is asked to take many individual medications.

The liver mimic may be able to give unprecedented insights into the workings of the liver, but it will not lead to a full-fledged artificial liver just yet. “We are several years away from designing a fully functioning artificial liver. The biggest challenge is being able to mimic the liver’s ability to regenerate,” says Rajagopalan.

Similarly, different regions of the liver are exposed to different oxygen concentrations and therefore the cellular functions vary from region to region. Realising this arrangement in an artificial liver remains a major challenge, admits Rajagopalan.

Building a partly-functioning liver is the first step in that direction.

Posted in Transplants and tagged artificial, transplant
← The Ethics of Living-Donor Liver Transplantation: A Risky BusinessTransplant: Encyclopedia of Surgery: A Guide for Patients and Caregivers →