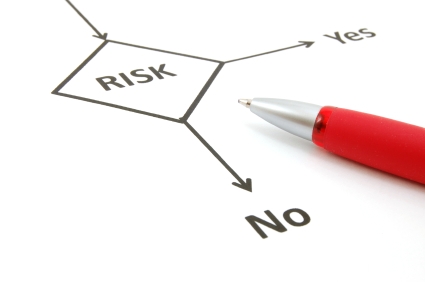 First, donor morbidity is substantial and mortality is not inconsequential, particularly when compared to live-donor kidney transplantation.

Second, the need for live-donor liver transplantation is uncertain.

Finally, the number of recipients for whom a live donor ultimately comes forward and is judged acceptable is relatively limited (3).

In terms of morbidity and mortality — make no mistake about it — the risks are substantial. It is likely that as many as 10, or even more, donors have died as a result of liver donation worldwide (4). A recent study from the Adult-to-Adult Living-Donor Liver Transplantation (A2ALL) study group (5) examined complications following live-donor liver transplantation.

In a cohort of more than 400 patients, 13 experienced either an aborted donation or a situation where the graft was removed but not transplanted because of recipient complication on the operating room table. In the group of aborted transplants, there were a number of important complications, including one case of intra-operative hypotension and a bile leak in another case leading to bacteremia and an intra-abdominal abscess.

The most common complication was a bile leak, which occurred in approximately 10 percent of donors. Twenty-two, or 5.6 percent, of the donors experienced an incisional hernia; 2.3 percent developed an intra-abdominal abscess; 3.3 percent experienced either prolonged ileus or bowel obstruction; and bleeding was reported in 1.5 percent of donors. Twenty-seven, or 7 percent, of live donors experienced a cardiopulmonary complication, 16, or 4 percent, developed hypoxia. four percent had psychological complications, three patients developed ascites, two developed portal vein thromboses and one an IVC thrombosis.

In terms of severity of these complications by the Clavien severity grading system, a total of 11, or 2.8 percent, experienced either grade 3 or 4 complications. Overall, more than a third of adult live donors experienced complications after donation. Many of them required significant intervention, and some could have resulted in disability or been regarded as representing a life-threatening condition.

Moreover, this is only a partial picture, as the long-term morbidity is unknown. The one thing we know for sure is that, while liver regeneration is rapid and impressive after live donation, it is often incomplete and some patients can have on-going thrombocytopenia.

In addition, a recent study from the Scientific Registry of Transplant Recipients showed that patients do not attain the survival benefit in the first year following their liver transplantation until their MELD score is greater than 18 (7).

By comparison, there are 17,469 patients on a waiting list and almost 6,000 deceased-donor liver transplants performed each year. Moreover, it is estimated that perhaps as many as 1,000 organs suitable for liver transplantation are wasted because no so-called “suitable recipient” or accepting program is available.

These data raise a serious question as to whether there is indeed a need for live-donor liver transplantation in this country and perhaps we should focus our efforts on maximally using the deceased donors we have available. By the numbers, this approach could more than make up for the number of organs that are obtained from live donation.

In summary, live-donor liver transplantation is a risky business. It is associated with a high rate of potential complications, with generally worse results and clearly contributes little to alleviating the “perceived” donor shortage. Moreover, it is quite clear that if we maximally utilized every potential organ in this country, we could generate more than three times the number of grafts that come from live donors.

Finally, it is important to emphasize that live donation is probably the only situation in which someone undergoing surgery does not directly benefit from the surgical procedure. To not violate the principal of “physician do no harm” requires extraordinary proof that such a procedure is required. At this point in time, it is difficult to say that this principle has indeed been met.