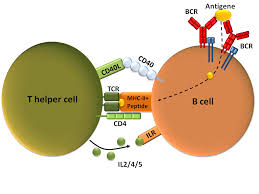 PBC can be treated with Rituximab

Rituximab, a monoclonal antibody, was shown to be safe in patients with primary biliary cirrhosis (PBC) who had an incomplete response to the standard ursodeoxycholic acid (UDCA) therapy, an open-label study has revealed.

Study details available in the February issue of Hepatology, a journal published by Wiley-Blackwell on behalf of the American Association for the Study of Liver Diseases, report that rituximab was successful in reducing the level of alkaline phosphatase (ALP)—a protein used to measure liver injury.

According to the National Institute of Diabetes and Digestive and Kidney Diseases (NIDDK), PBC—an autoimmune liver disease characterized by inflammation of the bile ducts that ultimately causes bile to build up and damage the liver—typically occurs between the ages of 40 and 60, primarily affecting women. Medical studies have identified the presence of anti-mitochondrial autoantibodies (AMA) to enzymes involved in the production of the body’s energy (pyruvate dehydrogenase complex-PDC-E2) in up to 95% of PBC cases.

Currently, the standard therapy for PBC is UDCA or liver transplantation in patients who have progressed to end-stage liver disease. However, previous studies have shown that UDCA may be ineffective in up to 40% of PBC patients and 10% could require transplantation or die from the disease. “Small trials using immunosuppressants have failed to demonstrate significant clinical benefit or carry unacceptable safety profiles,” said Dr. Christopher Bowlus with UC Davis Health System in California and lead author of the current study.

Dr. Bowlus added, “Given our previous work implicating B cells to the development of this disease, we hypothesized that a therapy such as rituximab, which depletes B cells, could offer a potentially effective treatment option with acceptable adverse effects.” The team enrolled 6 patients between the ages of 18 and 65 years of age who were diagnosed with PBC and had an incomplete response to UDCA despite 6 months of therapy. Participants in this open-label study received an intravenous infusion of 1000 mg of rituximab on day 1 and day 15, with follow-up for 52 weeks. Two patients received one dose of rituximab due to latent varicella (chickenpox) activation in one and viral respiratory infection in the other.

The trial results found that rituximab was safe and well tolerated by PBC patients, with no serious adverse events reported. By 16 weeks post-treatment patients had significantly lower levels of immunoglobulins IgG, IgM, and IgA, which are the antibodies normally present in blood, but in the case of IgM are often elevated in PBC. In addition, the abnormal antibodies directed against mitochondria (AMA), were also reduced after treatment. However, levels returned to baseline by 36 weeks. Further, serum alkaline phosphatase decreased up to 36 weeks post-treatment.

The authors noted that rituximab therapy could clinically improve PBC through multiple pathways that include the reduction of anti-mitochondrial antibodies through depletion of memory B cells, increases in regulatory T cells associated with immune response, and modulation of cytokine production involved with inflammation. “Further investigation of B cell targeting strategies is necessary to develop potentially novel therapeutic options for patients with PBC,” concludes Dr. Bowlus.