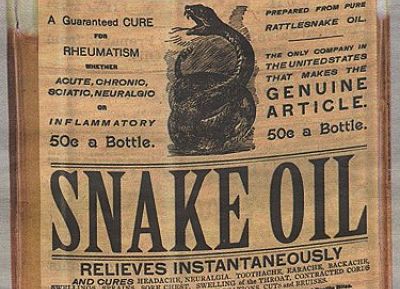 NEW YORK (Reuters Health) – A popular but unproven alternative therapy for liver disease may not offer any relief for those with chronic hepatitis C infection, a new study suggests.

Extract from milk thistle known as silymarin is sold over-the-counter as supplements, and research has suggested as many as one-third of people with hepatitis C, a virus that causes liver swelling, have tried it.

But in the new study, the extract was no better than a drug-free placebo at easing signs of the disease among people who hadn’t responded to traditional remedies, such as peginterferon and ribavirin.

“Taking (silymarin) would be unlikely to have any benefit for them,” said Dr. Michael Fried, the lead researcher on the new study from the University of North Carolina at Chapel Hill.

NO ‘REAL RATIONALE’ FOR USE

In his new study, sponsored by the National Institutes of Health, 154 people with chronic hepatitis C who hadn’t gotten any better taking standard prescription drugs were randomly assigned to down one of two doses of silymarin or a placebo, three times a day for almost half a year.

Both doses of silymarin – 420 milligrams and 700 milligrams – were higher than the traditional amount in most supplements.

At the beginning and end of the study period, the researchers measured levels of liver enzymes in the patients’ blood, which reflect how well the liver is working.

And after 24 weeks of treatment, only six people – two in each silymarin group and two in the placebo group – saw their enzyme levels return to normal or at least drop enough to suggest significant improvement, according to findings published Tuesday in the Journal of the American Medical Association.

That finding “certainly does not provide any real rationale or reason for patients with chronic hepatitis C to use milk thistle or silymarin in hopes of having a beneficial effect,” said Dr. Herbert Bonkovsky, head of research at the Liver-Biliary-Pancreatic Center at Carolinas HealthCare System in Charlotte, North Carolina.

Chronic hepatitis C infection can eventually lead to liver scarring or cancer. According to the Centers for Disease Control and Prevention, about 3.2 million Americans have the disease, although most don’t know it because they often don’t have symptoms.

Bonkovsky said it may be that doses of silymarin, an antioxidant, are just too low when the extract is taken orally. Preliminary research, he noted, suggests daily intravenous versions may be a better – though less convenient – option.

In the United States, silymarin supplements can be bought at pharmacies or over the internet without a prescription. They sell for about $15 per month for a dose similar to the lower level used in the study.

The supplements tested by Fried and his colleagues were donated by Rottapharm Madaus, which markets silymarin in Europe and Asia, and some of the researchers have received grants from that and other pharmaceutical companies.

The supplements were not tied to any side effects in the new study, and Bonkovsky said milk thistle seems to be safe. But he still cautioned that because dietary supplements “are not really regulated in any meaningful way,” it’s hard for patients to know exactly what they’re buying.

Besides silymarin, another alternative for people with liver disease who also have high iron levels is iron-reduction therapy to prevent liver scarring, according to Bonkovsky, who wasn’t involved in the new research.

Fried said the focus for people who don’t respond to traditional liver drugs should be on improving their lifestyle.

“Avoiding things like alcohol and maintaining your ideal body weight will go a long way toward maintaining liver health in people with hepatitis C,” Fried said.

In addition, he added, “It’s important to stress that there are a lot of advances in hepatitis C (treatment) for people who previously didn’t respond to interferon-based medication.”