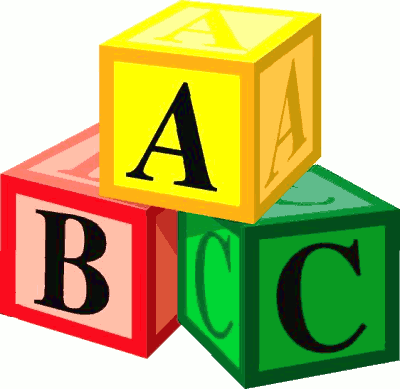 The ABCs of Hepatitis

What do we need to learn about it? To begin with, hepatitis is a general term for inflammation of the liver, which can be caused by several viruses. At the present time, there are hepatitis A, B, C, D, E, and G. There is as yet no hepatitis F.

Because the virus attacks the liver, all the symptoms are also related to the liver. As the largest internal organ in the body, the liver weighs 1.5 kilos and lies behind our right rib cage. The liver functions as the body’s chemical processing plant, where it regulates the blood sugar, the clotting of the blood, and removes toxins, alcohol, and drugs from the body.

Hence, when the liver becomes inflamed or “sick” from the hepatitis virus, patients develop fever, nausea, vomiting, yellowing of the eyes (jaundice) and skin, and pain in the liver area (the right upper abdomen). However, we cannot make a distinction between the hepatitis viruses based on symptoms alone. The best way to distinguish one from the other is through specific blood testing.

Treatment is similar for all types of hepatitis. Supportive treatment with bed rest, restricted physical activity, and a diet that is high in carbohydrate and low in protein are advised.

Before we tackle each type of hepatitis infection, let’s look at some generalizations: For hepatitis A and E, the incubation period (no symptoms yet) is between two weeks and two months after the virus enters the body. Transmission of the virus is similar and is passed from the stools of an infected patient.

For hepatitis B, C, and D, the incubation period is around four weeks to six months. These viruses are all transmitted through the blood and sexual contact. Let’s look at each one.

Hepatitis A is a highly contagious viral infection of the liver caused by eating food contaminated by someone who has the disease. Persons with Hepatitis A pass the virus in their stools. Thus, after a person swallows these virus particles, it will migrate to the liver where it will lie dormant (incubate) for an average of 30 days. After which time, the virus will then start to multiply and cause liver inflammation and symptoms. In 2003, a large outbreak was reported in Pennsylvania, which was traced to eating contaminated green onions from Mexico. The good news is that almost all patients fully recovered within one to four months.

Hepatitis B is a viral infection of the liver caused by intimate contact with the blood, saliva, semen, or vaginal secretions of a person who has the disease. These can be passed on through blood transfusion, sexual contact, or during childbirth from mother to child. Ninety percent of babies born to mothers with the Hepatitis B antigen also catch the disease. The incubation period is between six weeks and six months. Afterwards, patients may develop more severe symptoms as compared to Hepatitis A. The liver enzymes (called SGPT and SGOT) also rise to much higher levels than in Hepatitis A. Ninety percent of patients recover fully from Hepatitis B, but 10 percent become chronic Hepatitis B carriers. In the Philippines, an estimated 11 percent of adult Filipinos are Hepatitis B carriers. Close follow-up is advised for these carriers.

As mentioned above, Hepatitis C is similar to Hepatitis B in that it is passed on through blood and sexual contact. Most cases of Hepatitis C are transmitted through blood contamination, like the sharing of needles by drug users. Those who use intranasal cocaine, body piercing or hemodialysis are also at risk. Hepatitis C is less easily caught by sex, or passed on from mother to child. Close follow-up is needed because there are cases that lead to hardening of the liver (cirrhosis) and liver failure.

Similar to Hepatitis A, Hepatitis E is caused by contaminated food and water. Hepatitis E outbreaks are more common in Asia and Mexico, and considered rare in Western countries. The only difference for Hepatitis E is that it is particularly deadly in the early stages. Especially for pregnant women, there are cases where Hepatitis E can kill the patient in a matter of hours after symptoms appear. There is still no vaccine available for Hepatitis E.

Discovered in 1995, the GB virus was once thought to be a cause of Hepatitis G. However, recent studies show that although this virus is found in some patients with hepatitis, it may not be actually responsible for the symptoms. The Hepatitis G virus can be transmitted by blood and has been found in 1.5 percent of blood donors, 50 percent of intravenous drug users, 30 percent of hemodialysis patients, and 15 percent of patients with hepatitis B or C. Although Hepatitis G virus does not appear to cause illness, researchers still have to clarify its role in the body.

What does this all mean, you may ask? The take-home message for hepatitis prevention is to have our hepatitis profile checked at one time. We should also avoid risky behaviors like unsafe sex, drug use, body piercing and tattoos. Consult your doctor also regarding the need for Hepatitis B vaccination. In the next article, I will discuss chronic Hepatitis B and strategies to protect our liver.